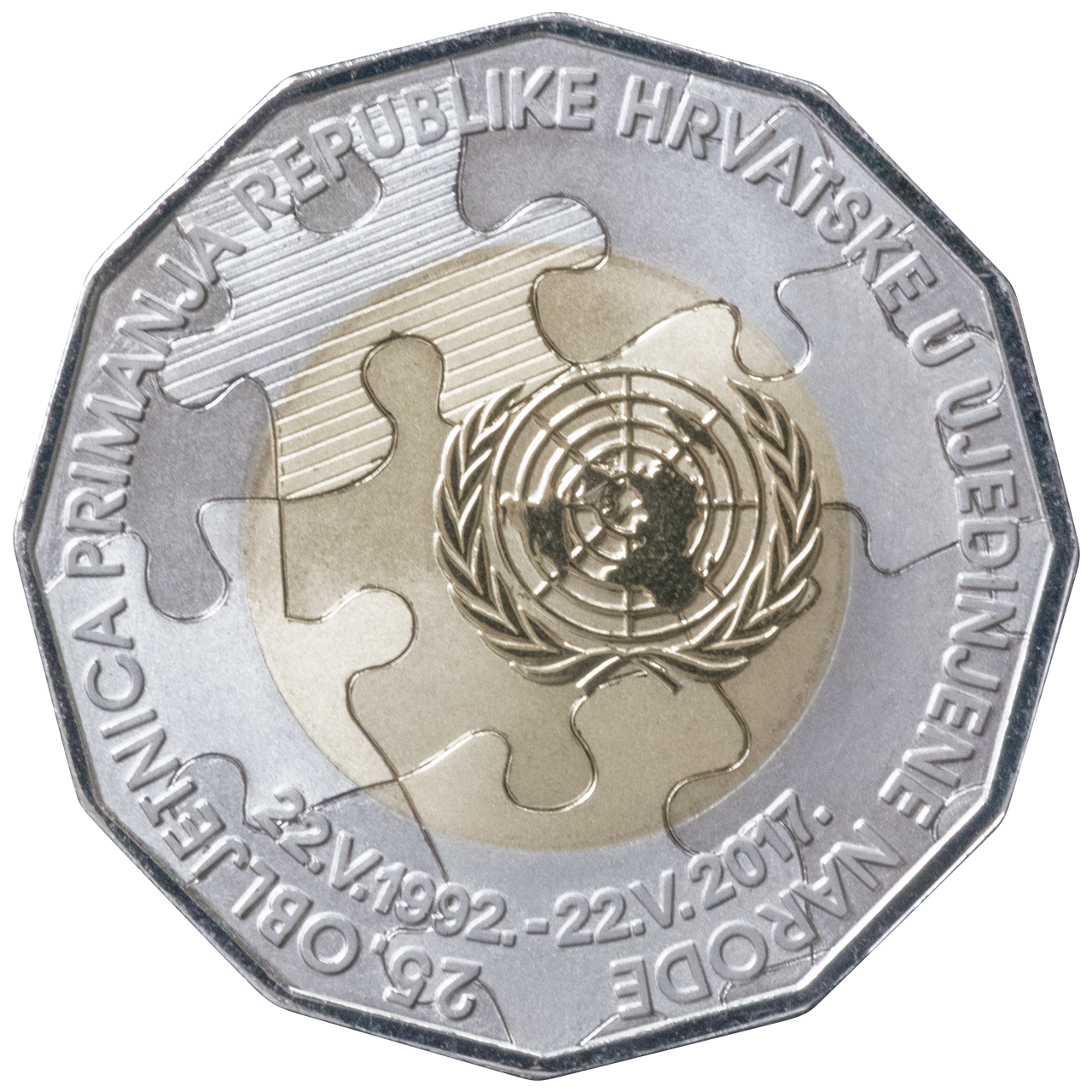 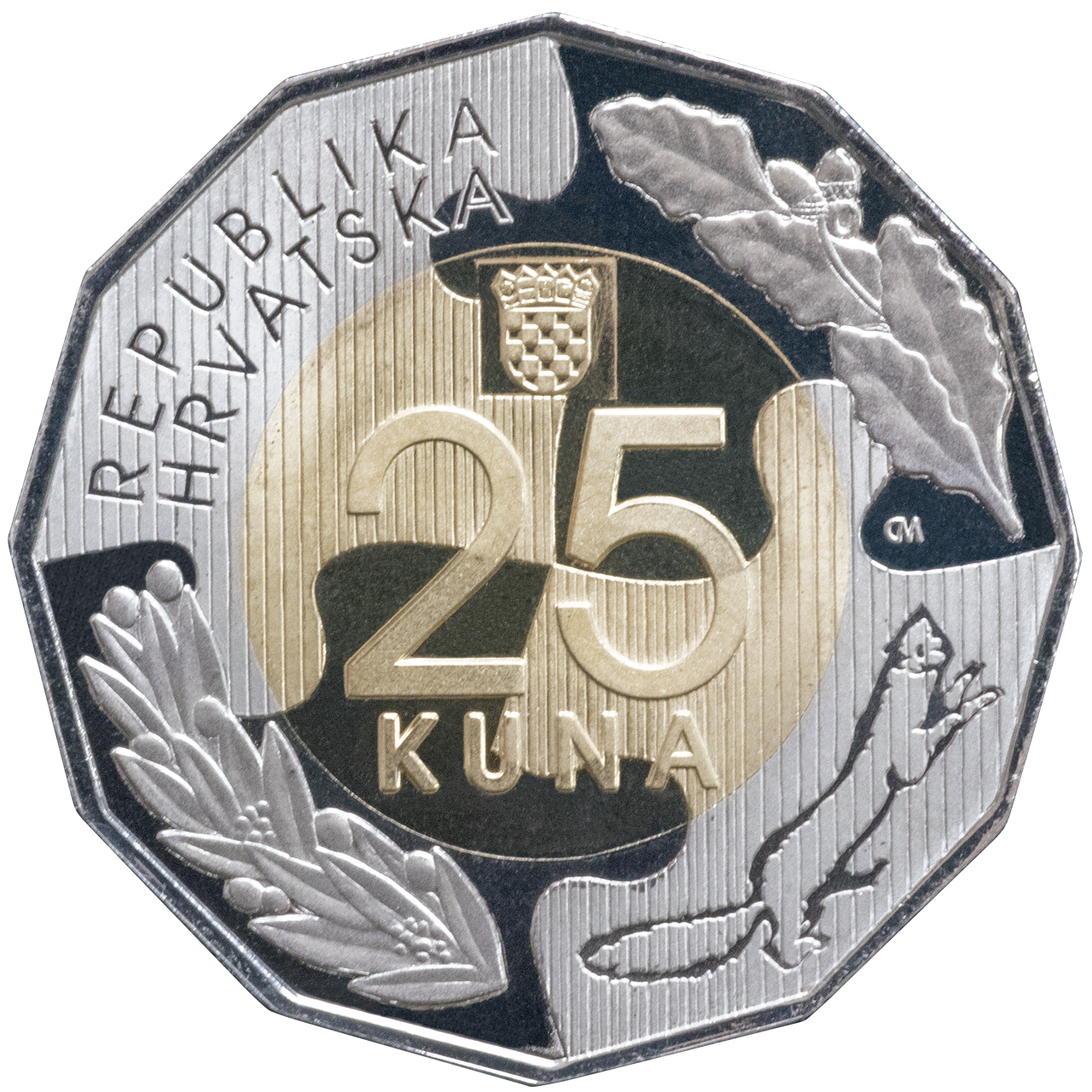 Motif on the obverse: The obverse surface of the 25 kuna commemorative circulation coin is
composed of matte and lustrous jigsaw pieces, one of which, crossed with diagonal lines, symbolises “H”, the first letter of the Croatian name for Croatia – “Hrvatska”. The design on the core of the coin features the logo of the United Nations touching the jigsaw piece that signifies Croatia, in a symbolic representation of Croatia’s membership in the United Nations. The jigsaw puzzle as a whole is a symbol of the cooperation and unity of the Member States of the United Nations. The legend, which in Croatian reads “25. OBLJETNICA PRIMANJA REPUBLIKE HRVATSKE U UJEDINJENE NARODE”, is inscribed in positive along the outer edge of the coin’s ring, following the circular shape of the coin. The coin’s ring also bears the dates “22. V. 1992. – 22. V. 2017.”, inscribed in positive below the core, along the ring’s inner edge.

Motif on the reverse: The reverse of the 25 kuna commemorative coin shows the denomination numeral “25”, inscribed in positive in the central part of the coin’s core. The coat of arms of the Republic of Croatia is positioned above the denomination numeral and the Croatian name of the monetary unit “KUNA” is inscribed in positive below the numeral. The coin’s surface is by a special minting technique divided into four jigsaw pieces, symbolising the fields of the state coat of arms, two of which, placed one opposite the other, are matted and crossed with thin vertical lines. The other two opposite pieces are lustrous. The matted jigsaw piece in the upper left section of the coin’s ring bears the Croatian legend “REPUBLIKA HRVATSKA”, inscribed in negative, and the opposite piece depicts an image of a marten turned to the right. The lustrous piece in the lower left section of the ring shows a matted blooming laurel branch and the opposite lustrous piece features a matted common oak twig with acorns.

Occasion commemorated: the 25th anniversary of the admission of the Republic of Croatia to membership in the United Nations.