Published: 31/1/2015 Modified: 18/7/2022
The Croatian National Bank is governed primarily by the principles of liquidity and safety of investment in accordance with the Act on the CNB and internationally recognised principles for management, while attempting to ensure favourable rates of return on its investments.

The main principles of international reserves management are safety, liquidity and profitability.

The central bank manages the international reserves of the Republic of Croatia based on the principles of liquidity and safety of investment in accordance with Article 19 of the Act on the Croatian National Bank. In this context, it maintains reserves liquidity and appropriate risk exposure and, within the given restrictions, attempts to ensure favourable rates of return on its investments.

The other component of the reserves, formed on the basis of the Ministry of Finance funds, foreign currency swaps in the domestic market, allocated foreign currency reserve requirements, IMF membership and other assets owned by other legal persons, is managed by the CNB according to the foreign currency obligations assumed, the aim being to ensure protection against currency and interest rate risks. 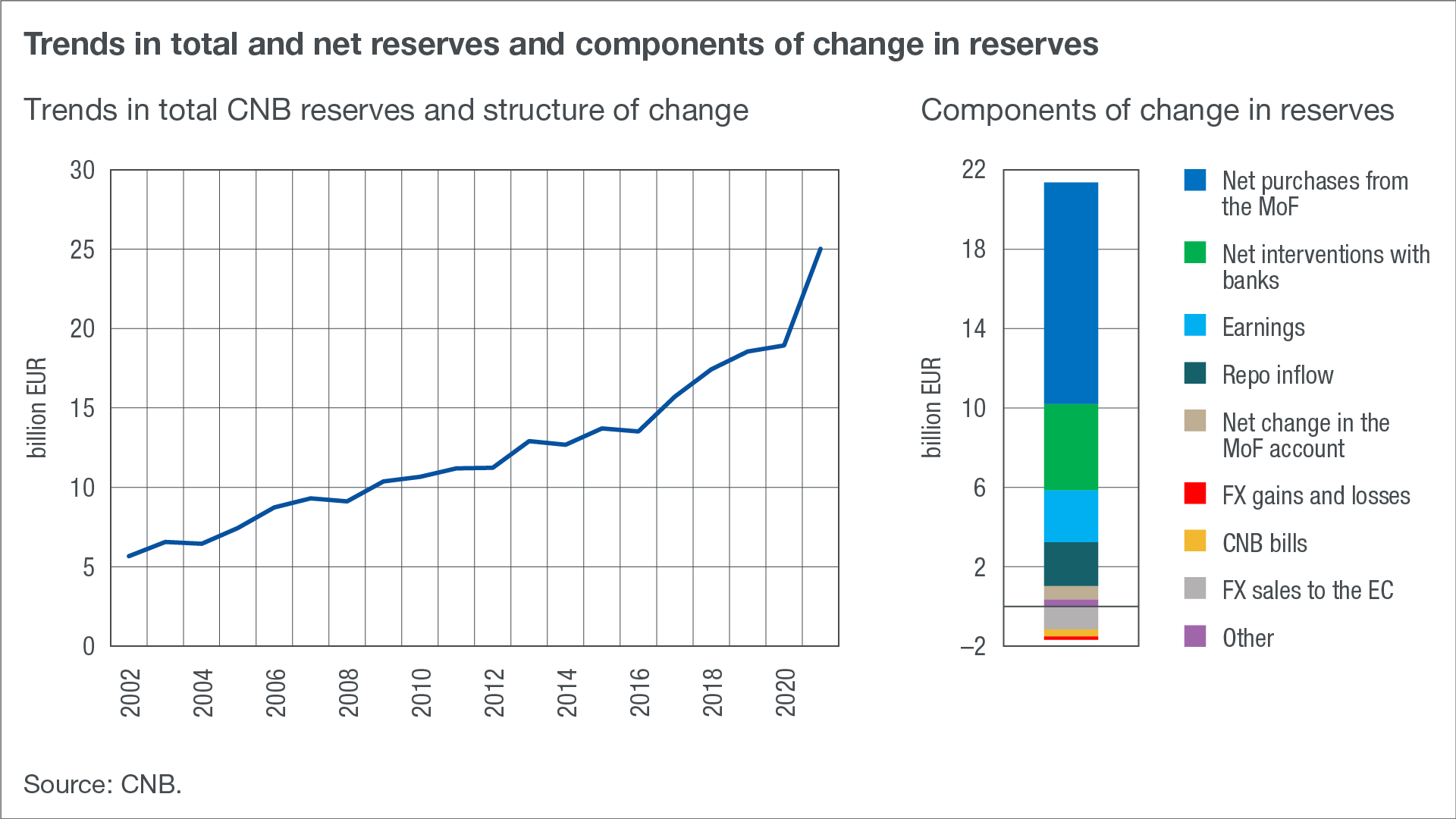 As held-for-trading portfolios are used for foreign currency liquidity maintenance their average remaining term to maturity is short so as to limit the risk of change in interest rates.

An investment portfolio is a portfolio consisting of bonds with long remaining term to maturity so as to use the steepness of the yield curve and higher interest rates for longer maturities. The main purpose of this portfolio is to provide a relatively stable source of longer-term income. 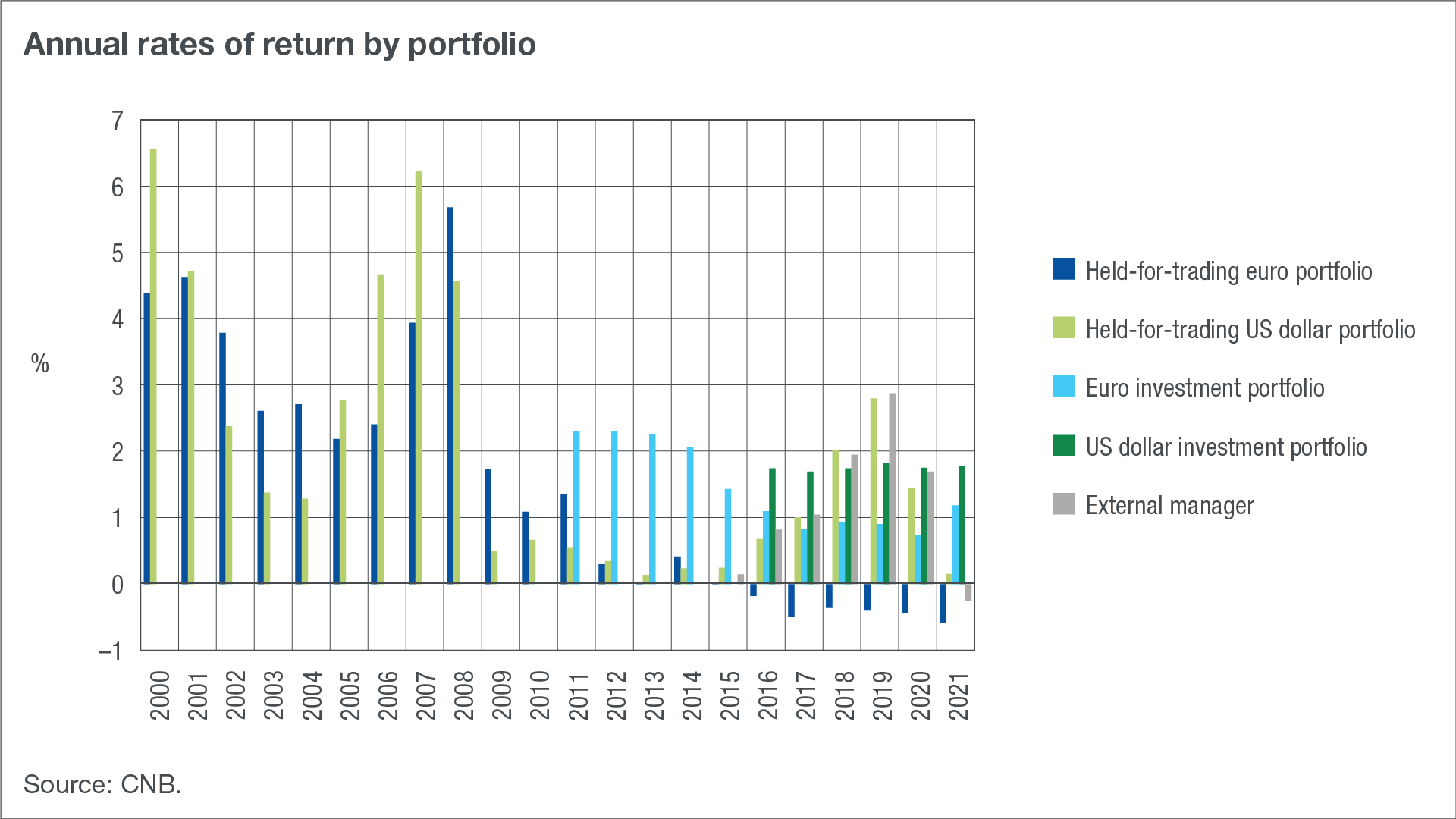 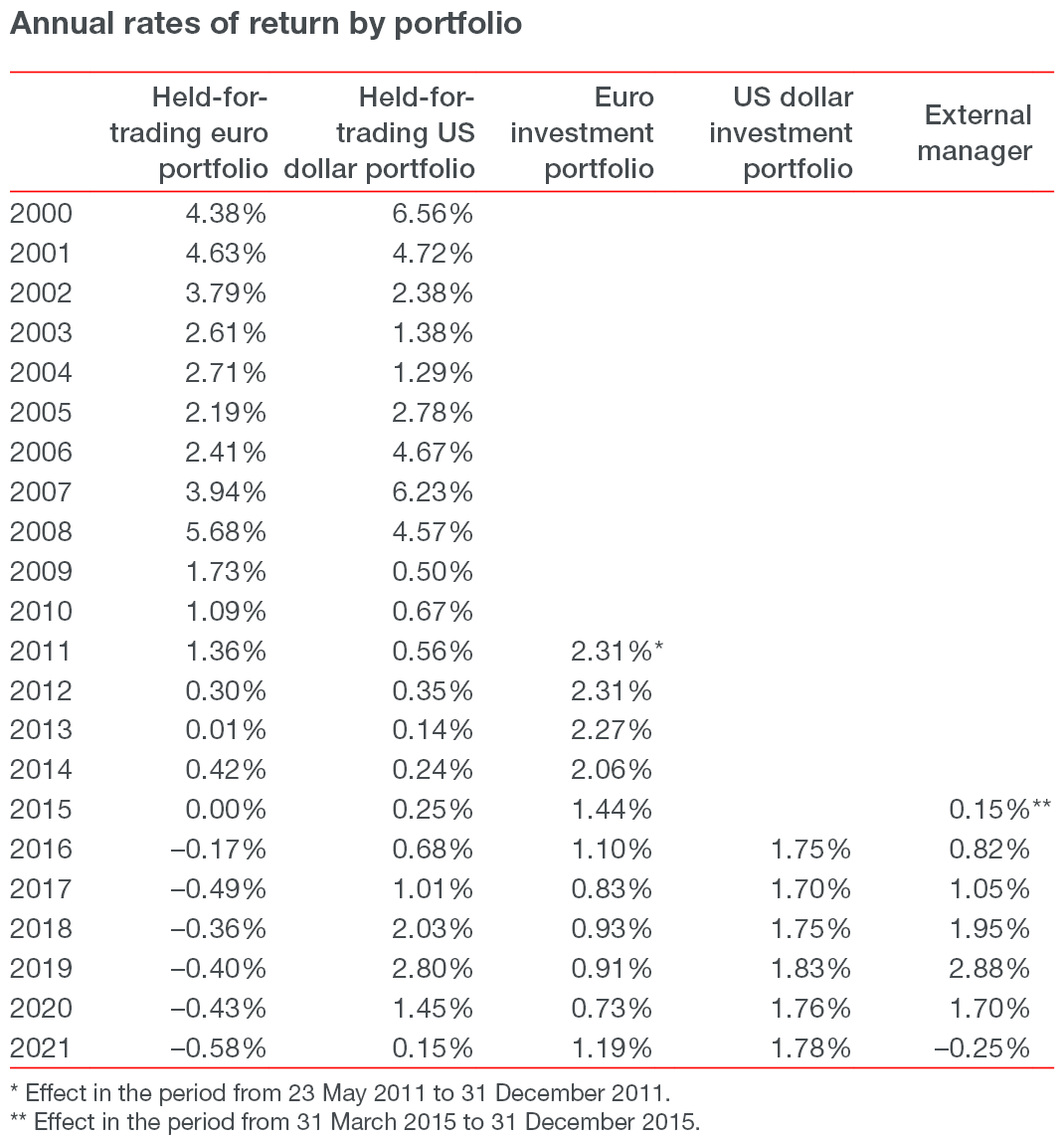