Name of the monetary unit

The name of the monetary unit the kuna comes from the Croatian word for marten, an animal living in the Croatian woods, whose pelts were used as a means of trade, that is, functioned as money.

A decision had to be made on an appropriate name for the hundredth part of the kuna. As the name the kuna derives from the animal world, a counterpart was sought for it in the plant world. A proposal was given for the name the lipa (linden), which is very easy to pronounce and has its origins in the traditions of Croatian folklore, literature and history.

Motifs on the obverse and reverse of coins

The reverse of all kuna and lipa denominations features a motif of a plant species (on lipa coins) or an animal species (on kuna coins) living in Croatia next to the minting year. 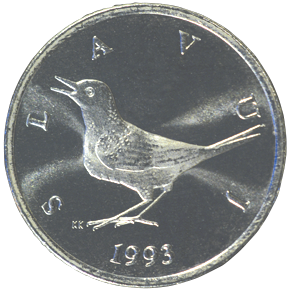 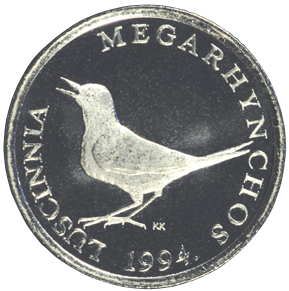 The first commemorative 25 kuna circulation coin issue was released by the Croatian National Bank in 1997, and was followed by eighteen issues released into circulation to date to mark events of special importance for the Republic of Croatia.

Authors of the design concept for kuna coins