The combined result of these two improvements in statistical calculation is a reduction in the general government debt as from 2002. 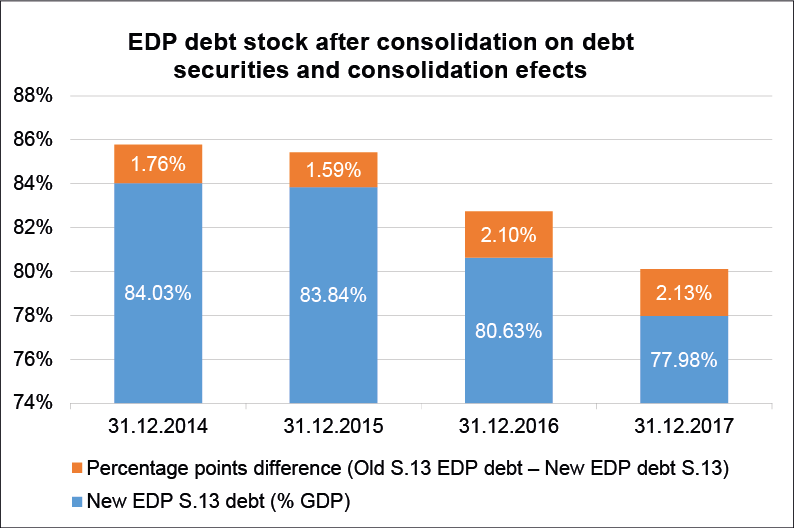