500th Anniversary of the Printing of the Senj Glagolitic Missal 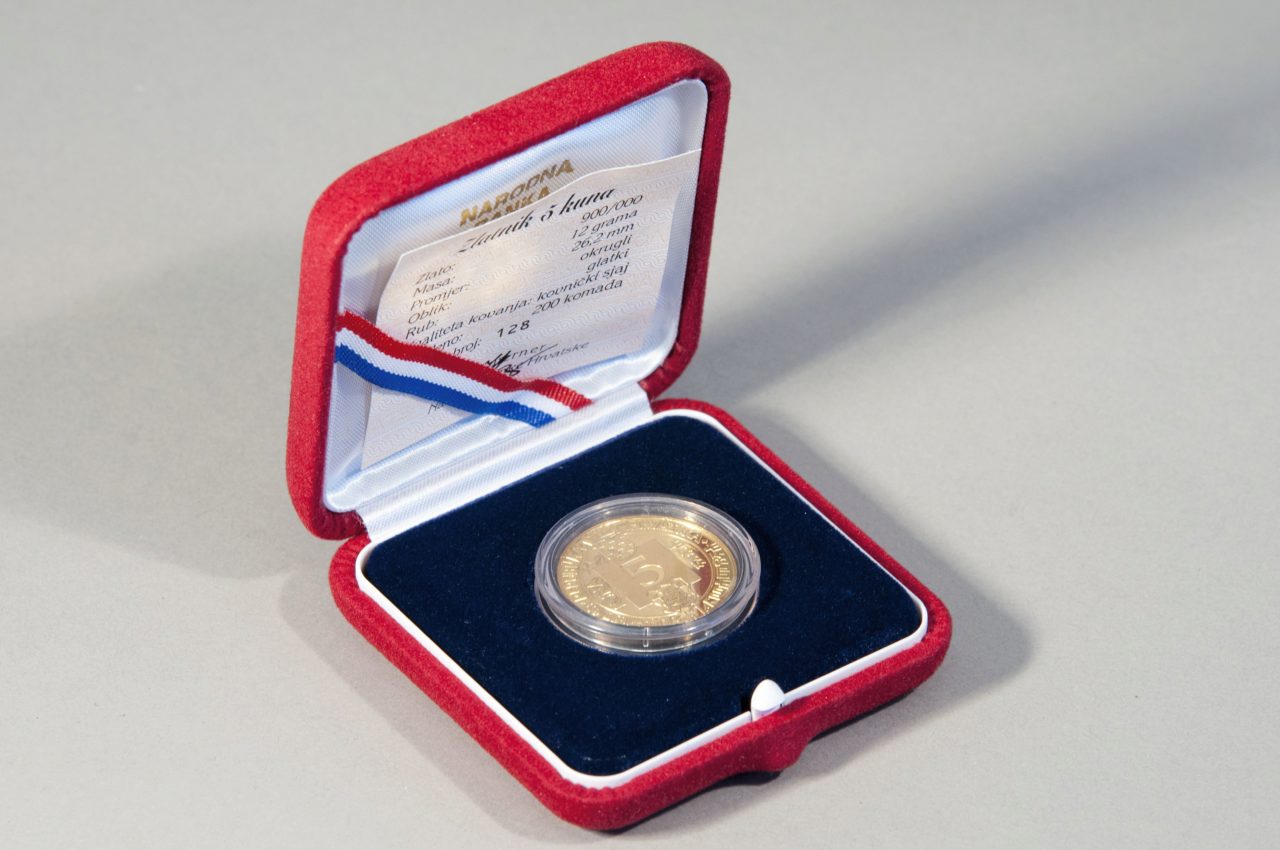 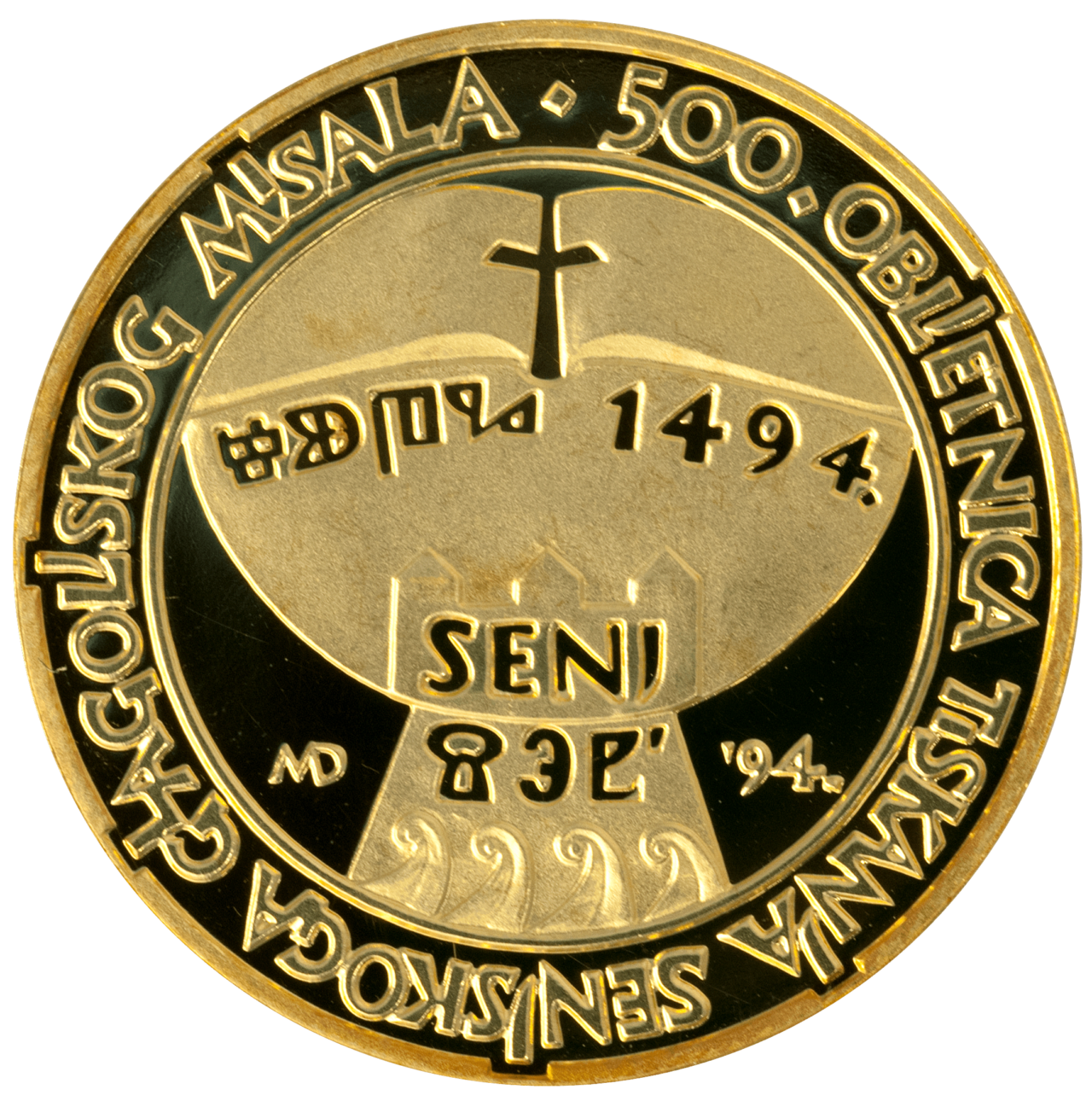 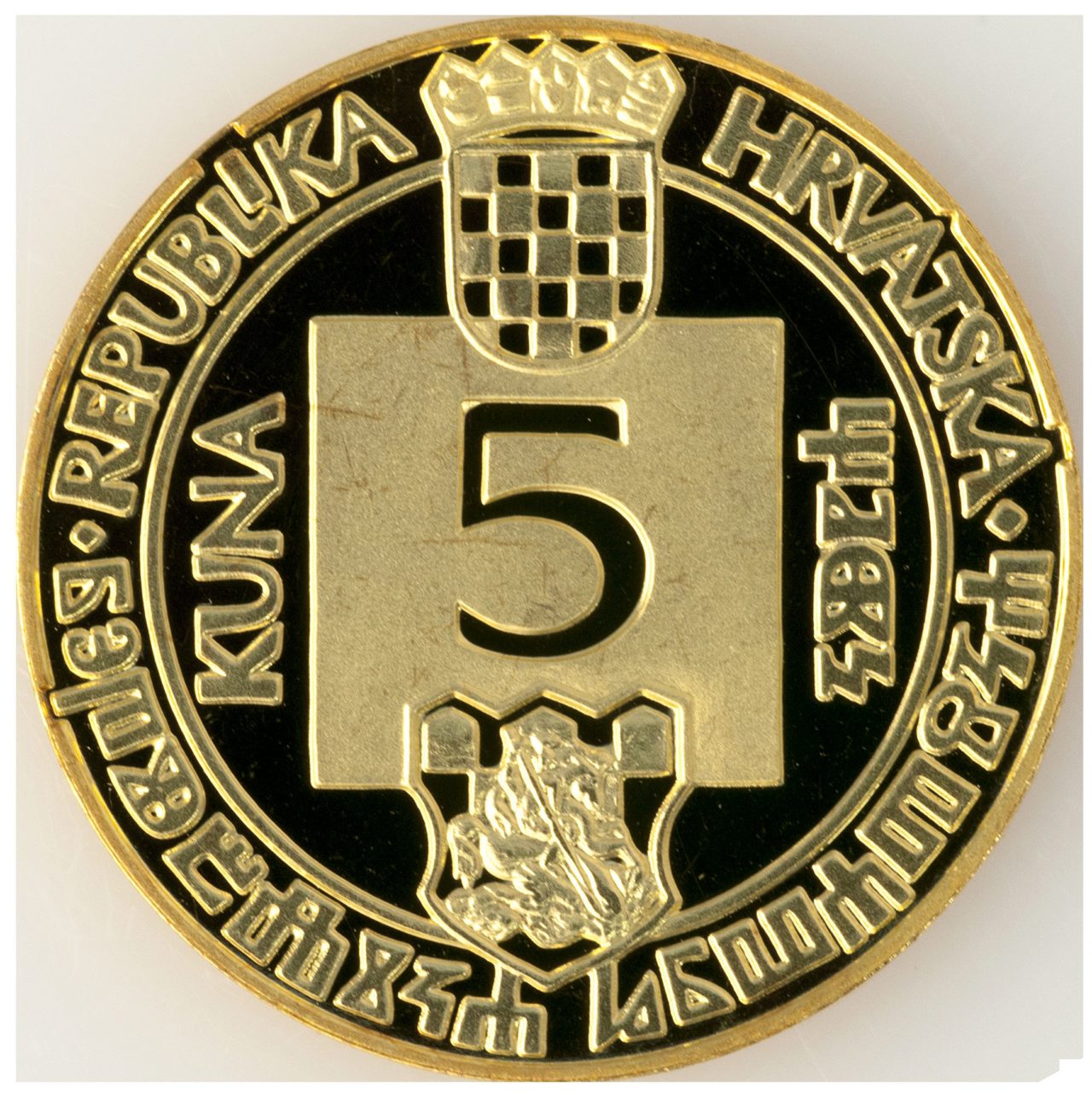 The Croatian National Bank issued a 5 kuna gold coin to mark the 500th anniversary of the printing of the Missal in the Senj Glagolitic printing house, 1494–1994. The coin was based on a template used for the commemorative 5 kuna circulation coin, with the obverse and reverse as described in the Decision on the basic features of the commemorative 5 kuna circulation coin 500th Anniversary of the Printing of the Senj Glagolitic Missal (Official Gazette, No. 47/1995), with the exception of the edge, which is smooth in gold souvenir coins.

As this issue is a replica of a commemorative circulation coin, technical standards applied to metal and manufacturing differ from the standards set for gold coins. Minted in brilliant uncirculated condition, the coin was released for sale on 3 November 1995.

The number of items issued was based on the orders received and the issue was sold out.

The design of the gold coin is by the sculptor Damir Mataušić.