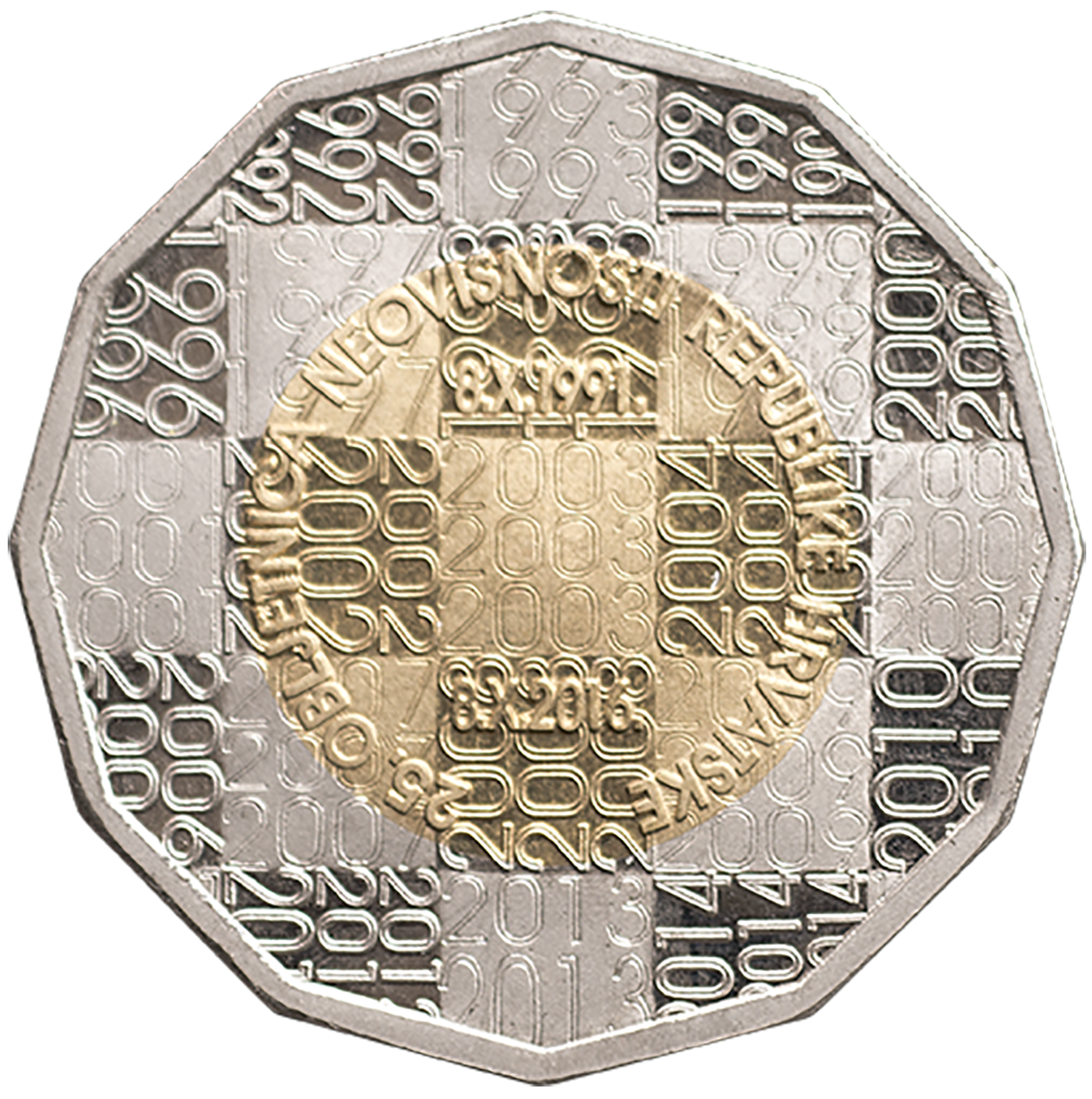 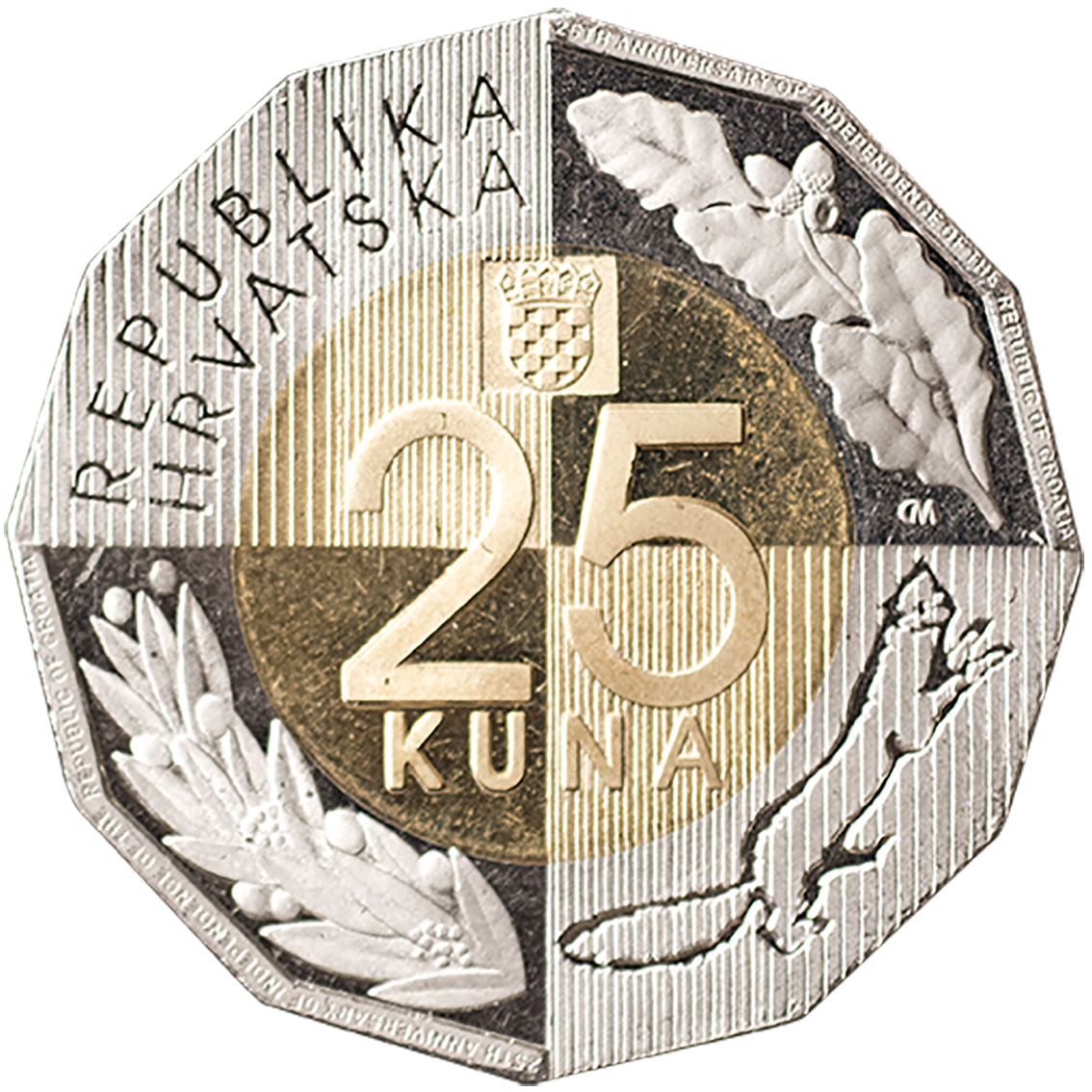 Motif on the obverse: the surface of the coin is divided into lustrous and matted squares with the years written inside the squares, in positive and negative, symbolising the twenty-five years of independence of the Republic of Croatia. The Croatian inscription in positive "25. OBLJETNICA NEOVISNOSTI REPUBLIKE HRVATSKE" is positioned circularly along the border of the coin core. The dates "8.X.1991." and "8.X.2016." are respectively inscribed, in positive, above and below the central square.

Motif on the reverse: the central part of the coin core features the denomination numeral "25", inscribed in positive. The coat of arms of the Republic of Croatia is positioned above the denomination numeral and the name of the monetary unit "KUNA" is inscribed in positive below the numeral. The surface of the coin is by a special minting technique divided into quarters, two of which, positioned one opposite the other, are matted and filled in with thin vertical lines. The other two quarters, situated one opposite the other, are lustrous. The upper left matted quarter on the ring of the coin bears the Croatian inscription "REPUBLIKA HRVATSKA", in negative, and the opposite lower quarter on the ring features an image of a marten turned to the right. The lower left lustrous quarter on the ring shows a matted laurel branch in bloom, and the opposite polished quarter features a mated common oak branch with acorns. The legend "25th ANNIVERSARY OF INDEPENDENCE OF THE REPUBLIC OF CROATIA" is inscribed in mini-lettering, in negative, on the rim of the upper and lower lustrous quarters of the coin ring.

Occasion commemorated: the 25th anniversary of independence of the Republic of Croatia, 8 October 1991 – 8 October 2016