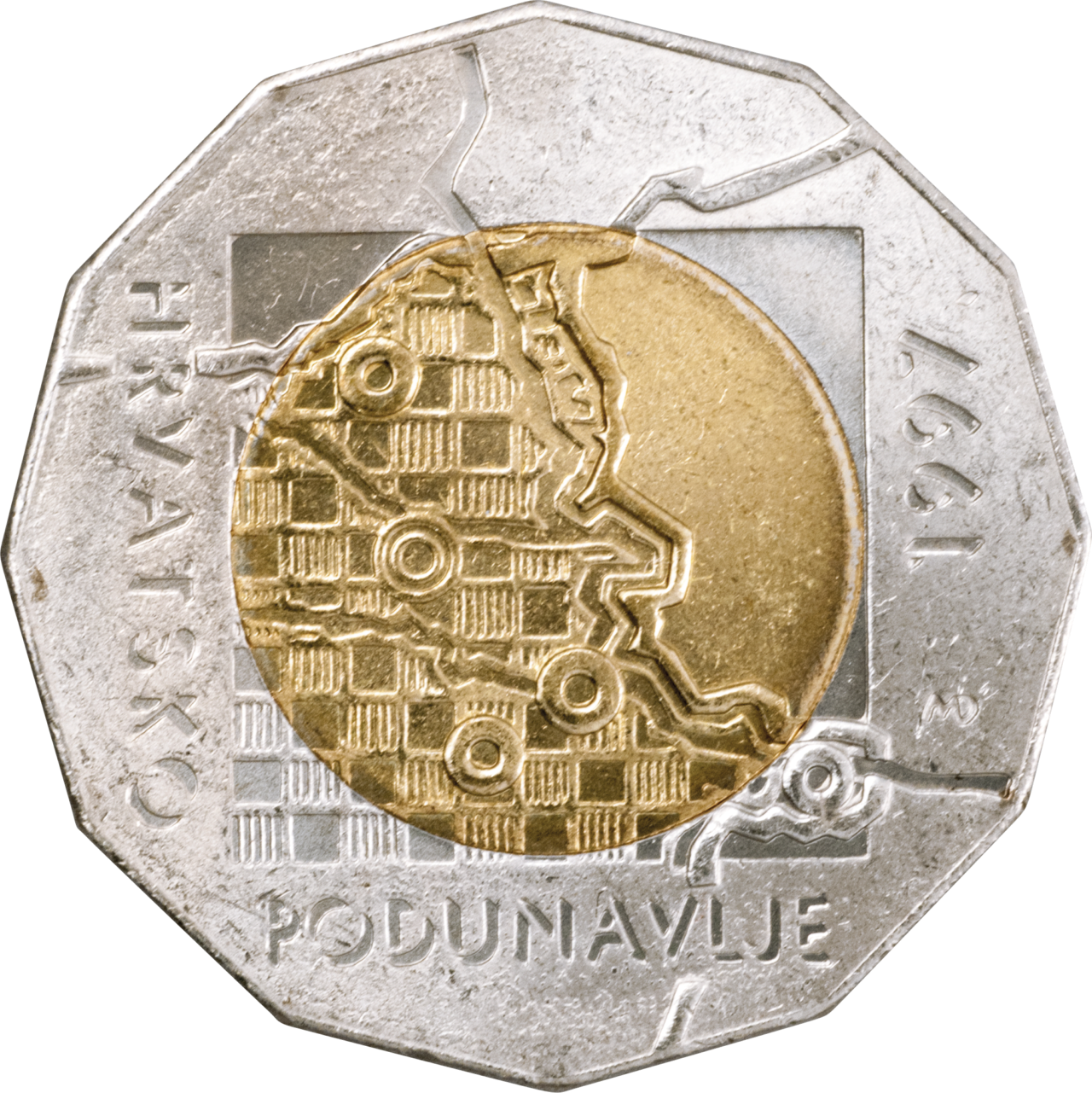 Motif on the obverse: the surface of the coin bears a map of the Croatian Danube Region with denoted Croatian towns and rivers and drawn borders of the Republic of Croatia and the neighbouring states. The background of the map is a square surface, interwoven with tiny squares, symbolising Croatia, within the borders of the Republic of Croatia. The inscription "HRVATSKO PODUNAVLJE" stretches along the left side of the square and continues along the bottom side. The minting year, "1997", is inscribed along the right side of the square.

Occasion marked: marking the completion of the peaceful reintegration the Republic of Croatia territory under the temporary administration of UNTAES