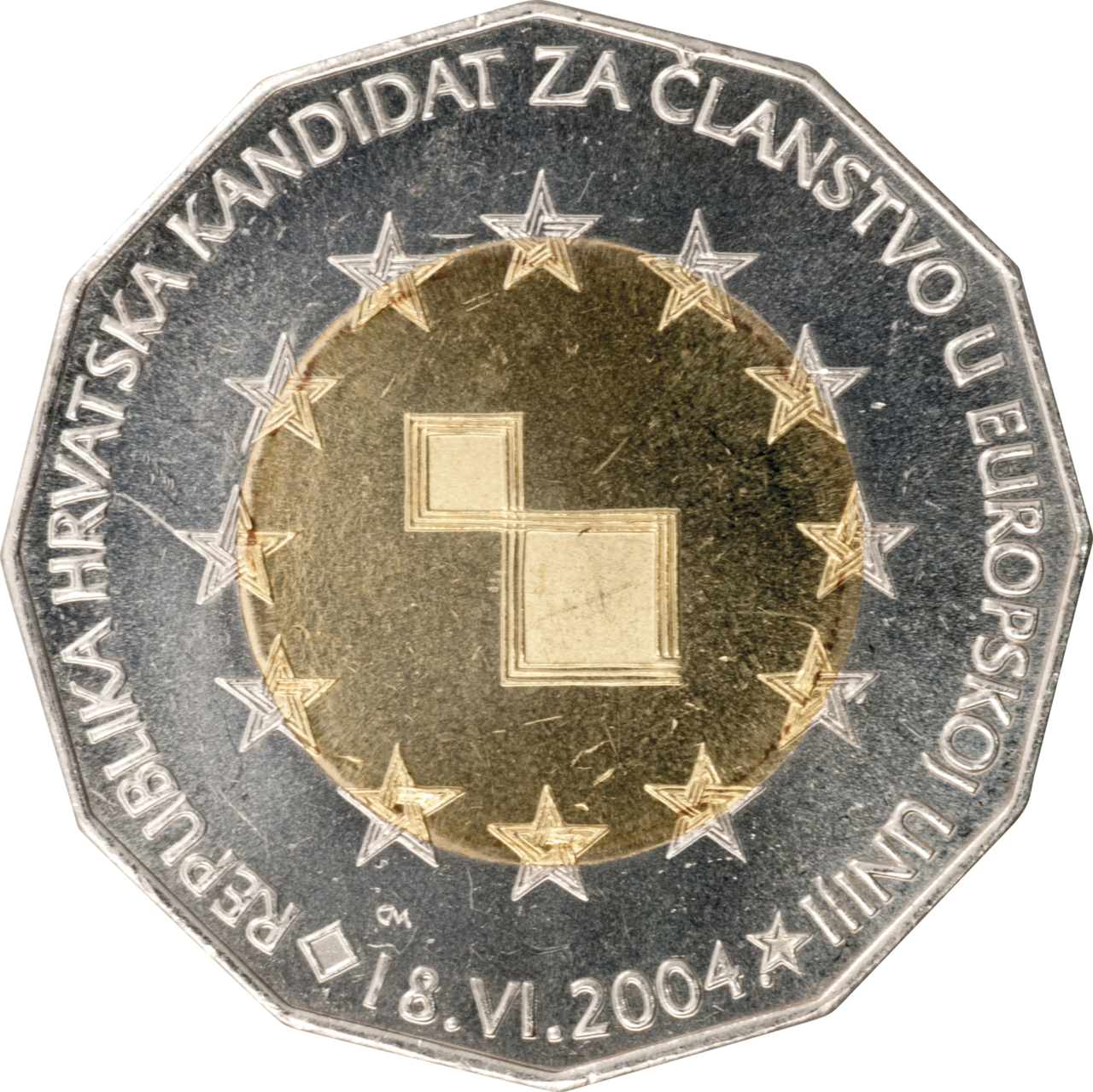 Motif on the obverse: the central part of the coin core features two squares symbolising the Republic of Croatia, placed one above the other with touching corners. The squares' edges, shown as if in motion, are formed by three lines, modelled after the Croatian wattle. The loose lines in the right upper corner of the lower bigger square are a symbol Croatia's openness towards the European Union. These lines stretch over to the coin ring embossed with twelve EU stars, which are interlaced by the Croatian wattle, as a symbol of Croatia's determination to become an integral part of the EU. Positioned centrally along the lower edge and bordered by a small square on the left and a small star on the right is the date "18 June 2004". The inscription "REPUBLIKA HRVATSKA KANDIDAT ZA ČLANSTVO U EUROPSKOJ UNIJI" continues from the date to the right, closing the circle on the coin.