The Croatian Presidency of the Council of the European Union, beginning on 1 January 2020, will be the main challenge for the country in the following year. Croatia’s assuming the EU Presidency is a historic moment, the pinnacle of its European path, Prime Minister Andrej Plenković said opening the conference "The Economist: World in 2020", organised by the Diplomacy & Commerce magazine at the CNB on 9 December 2019.

We are focused on the further strengthening and advancing of an EU that develops, connects, protects and exerts a global influence. Croatia’s Presidency will address several political priorities for the EU’s future, including the regulation of relationships between the EU and the UK in the event of Brexit, the completion of negotiations on the adoption of the new Multiannual Financial Framework, setting out key EU priorities for the years 2021-2027, the EU’s enlargement and its relationship with SEE countries, as well as the upcoming Conference on the Future of Europe. Croatia’s economic challenges in 2020 will be related to the anticipated global slowdown and stagnation in the EU. However, the country’s growth is estimated to exceed the EU’s average. The current situation in Croatia is mitigated by the fact that two of three international rating agencies this year upgraded Croatia’s credit rating to investment grade, thus enabling the country to enter the spotlight of financial institutions and reduce the level of borrowing by the government, corporates and citizens, the Prime Minister emphasised. 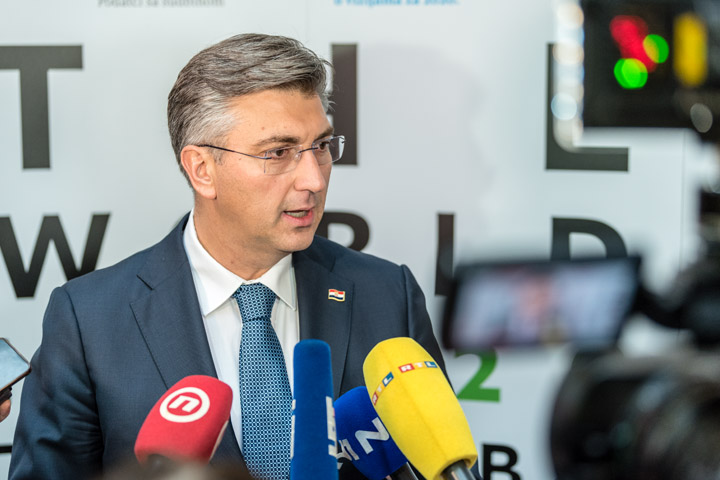 The year 2020 will be marked by activities related to Croatia’s entry into the ERM II, a major step forward in the process of euro adoption, said CNB Governor Boris Vujčić. The CNB and the Croatian government intend to implement measures envisaged under the Action Plan until mid-2020, in order for the decision on Croatia’s entry into the ERM II and the decision on establishing close cooperation between the CNB and the ECB to be adopted in the second half of 2020. Economic developments in 2020 will be better than generally projected. Most economists have dismissed concerns about a recession in the US and the EU. Growth is expected to decelerate in 2020, with strong downside risks stemming from the uncertainties surrounding trade relations, especially those between the US and China, coupled with risks concerning the relations between the EU and the US and Brexit-related uncertainties, said Governor Vujčić. Croatia’s annual real GDP growth could slow down somewhat in 2020, with domestic demand remaining a key driver of growth, he added.

Croatia has to turn to the global market in the long run, as doing business exclusively in the domestic market hinders competitiveness and sustainability, leaving the country without a stable basis to release its full economic potentials. We should rely on private initiative and innovations, rather than on the public sector and rentier practices, said Luka Burilović, Chairman of the Croatian Chamber of Economy.

Brexit has divided families and political parties, and continues to divide the whole country, said Joseph Edmund Johnson, former Member of the British Parliament and Minister of State for Universities, Science, Research and Innovation in Great Britain. The British public, and the public in the EU, is jaded with the topic of Brexit. If the British Parliament votes in favour of Brexit by the end of this year, the main challenge in the following year will be to negotiate a free trade agreement between the UK and the EU, Johnson added. 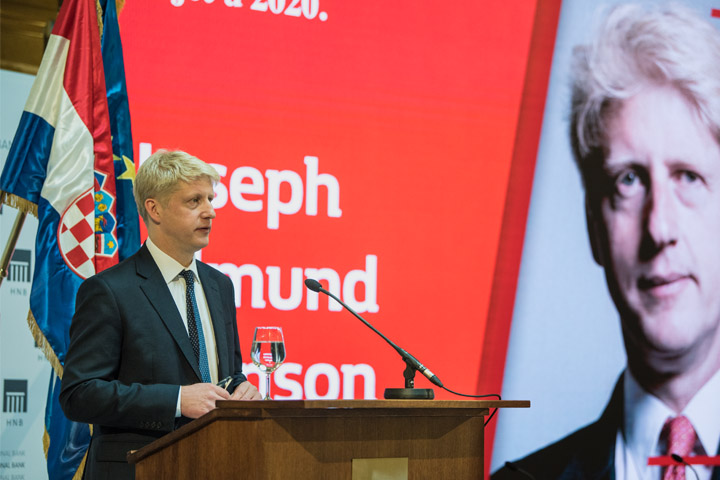