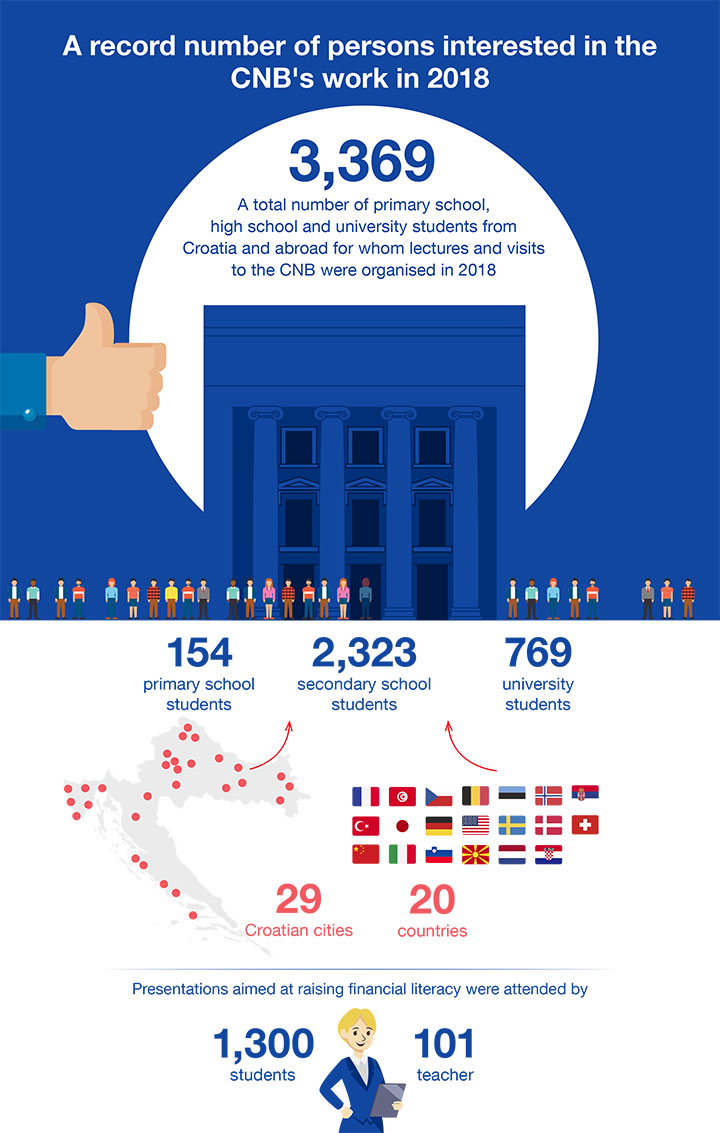 A record number of primary school, secondary school and university students, teachers and other persons interested in its work visited the Croatian National Bank in 2018, as many as 3369.

The rising interest in the work of the central bank is best illustrated by the growing number of participants in the CNB's lectures, which increases every year by almost 700 participants. In 2017, the central bank's lectures were attended by 2700 primary, secondary and university students, up from 2016 when their number slightly exceeded 2000.

The Croatian National Bank will remain dedicated to educating Croatia's youth and other interested persons on the topics within its competence. For detailed information on different topics, schedules and manner of applying for lectures and seminars held at the CNB please contact the CNB's Public Relations Department at info@hnb.hr or by phone at +385 1 45 64 576.