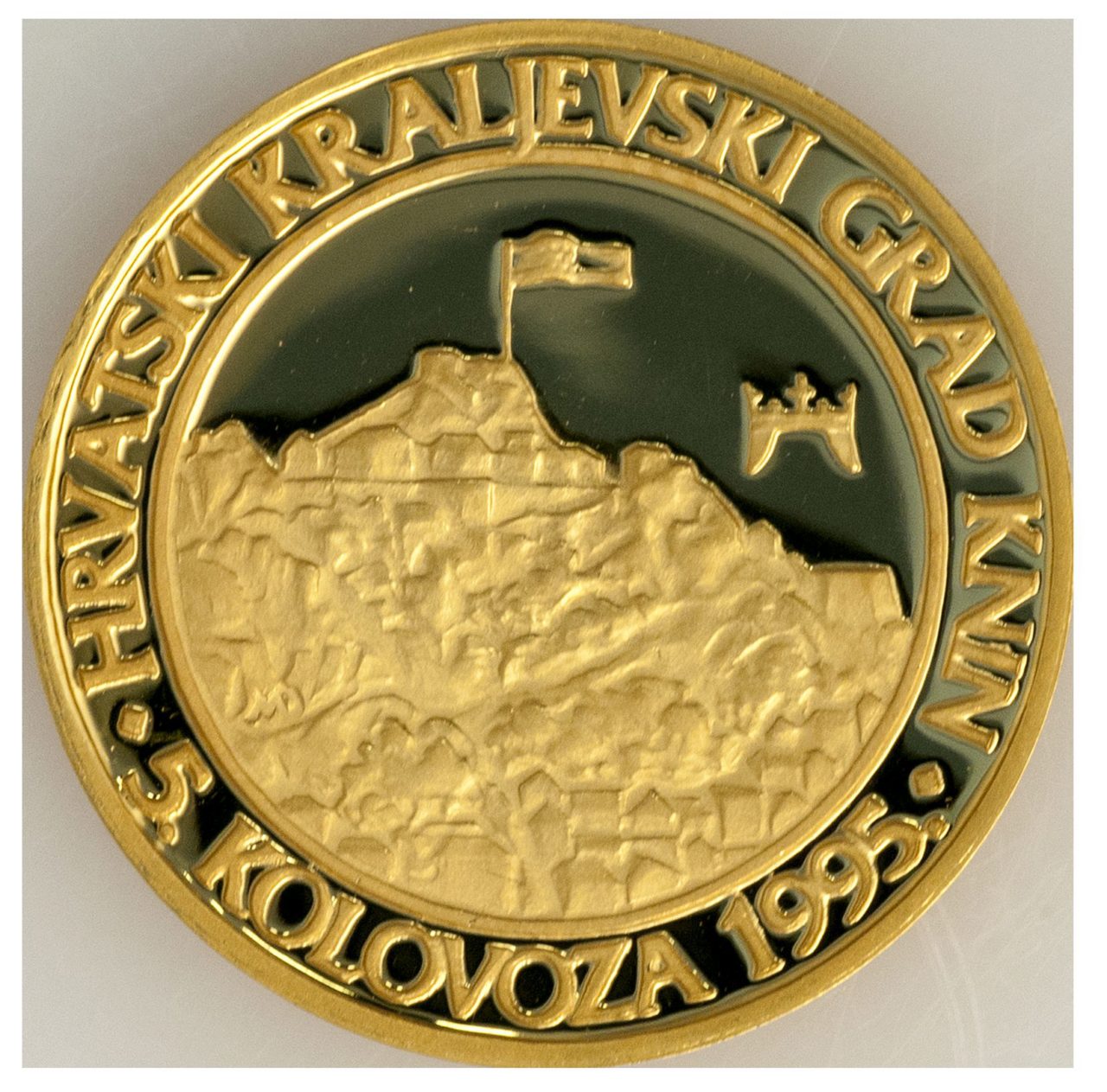 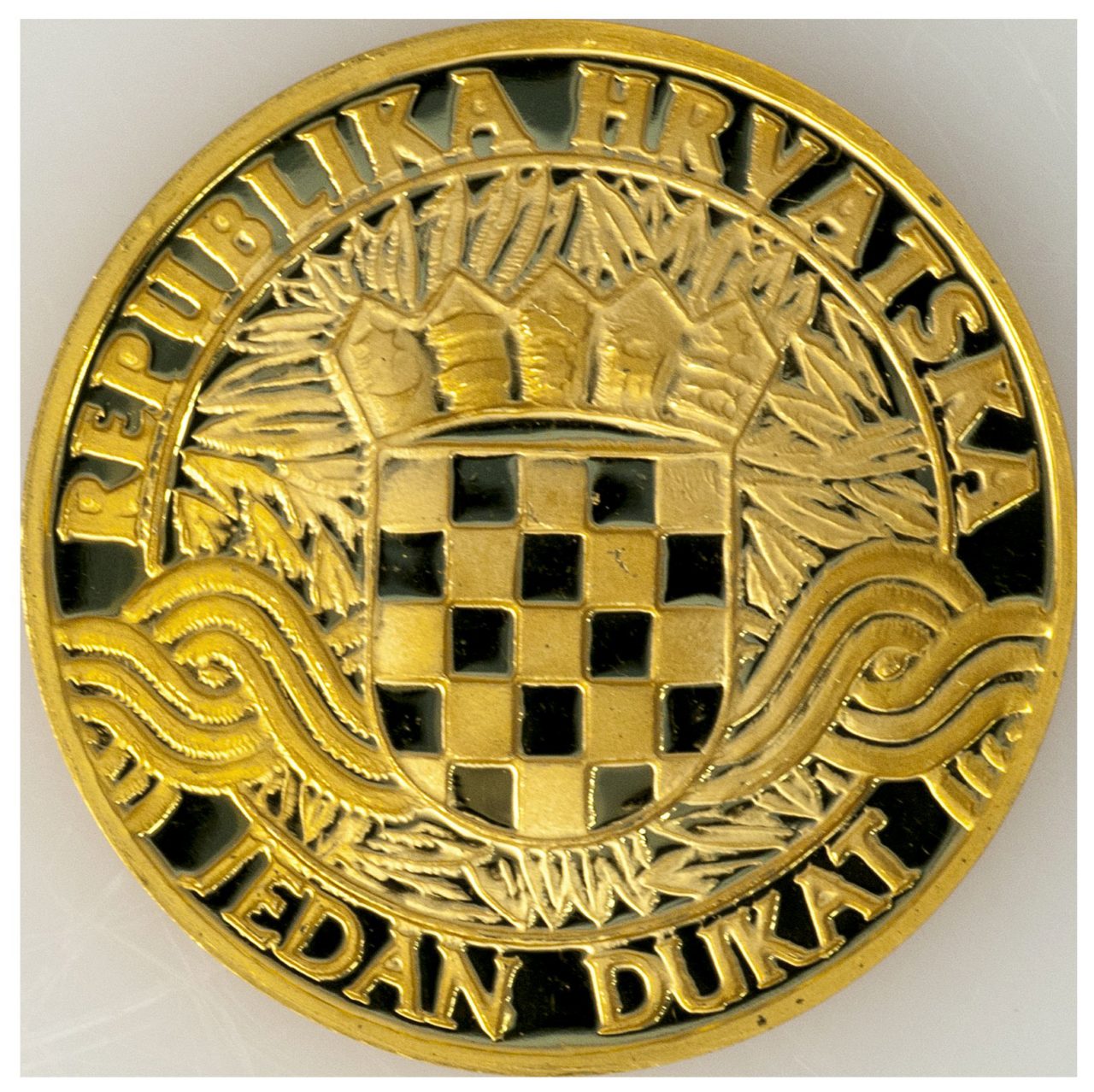 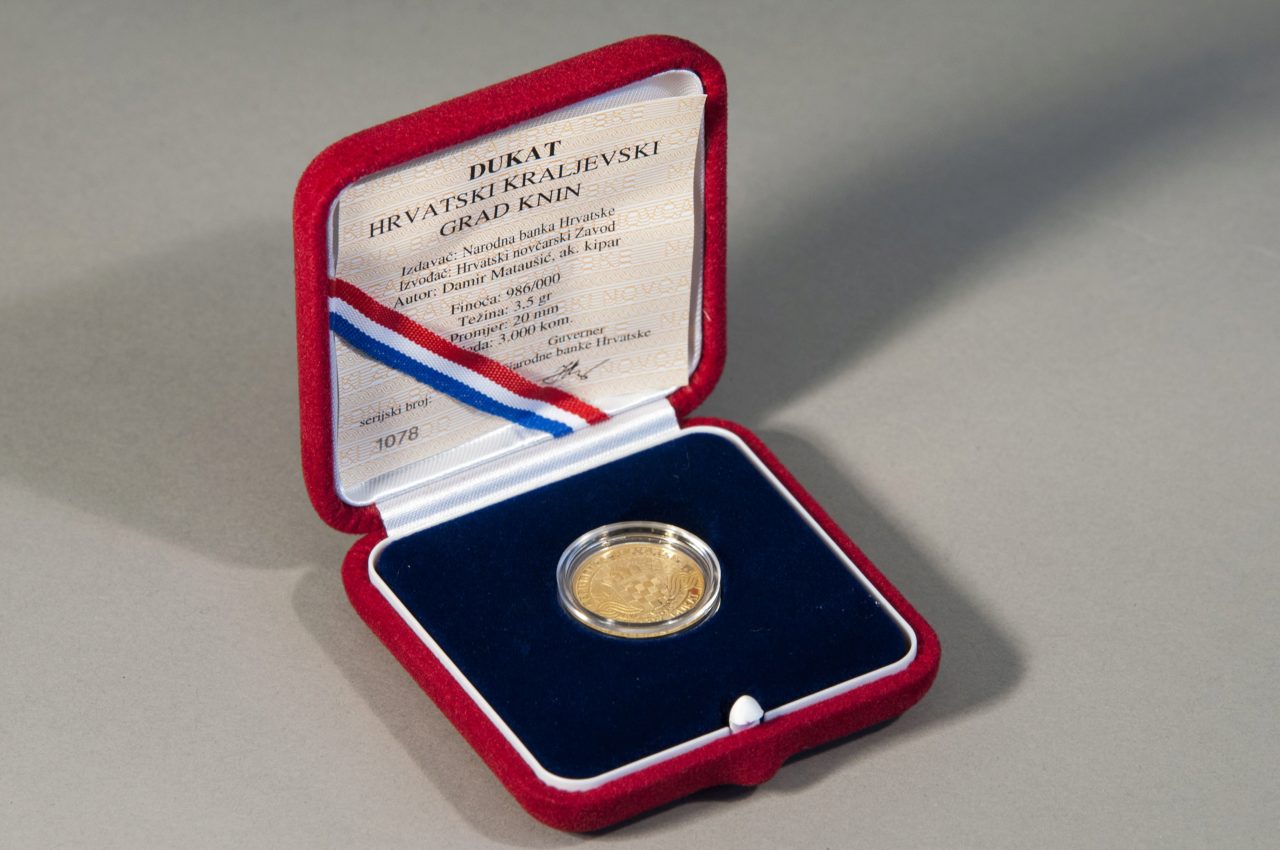 The Croatian National Bank issued a gold ducat to commemorate the military and police operation Oluja (Storm) that in addition to parts of northern Dalmatia, Lika, Kordun and Banija liberated the Croatian Royal City of Knin.

The design of the ducat is by the sculptor Damir Mataušić.