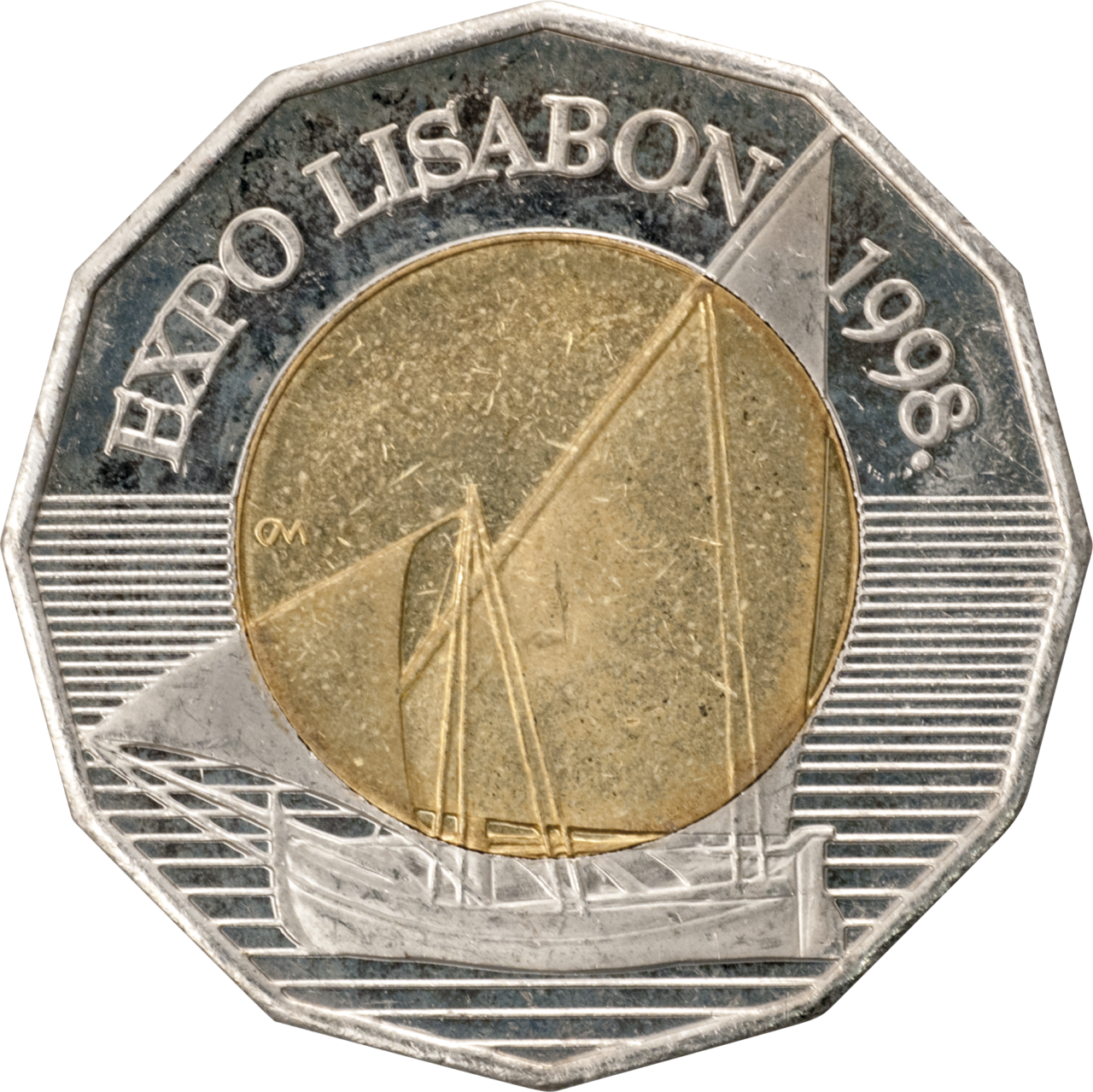 Motif on the obverse: the central part carries an image of a model of an ancient Croatian ship, "falkuša", dating from the 11th and 12th century. Within the ring, in its lower semi-circle, there is a succession of horizontal lines, symbolizing the sea surface. The inscription "EXPO-LISABON 1998" is placed in the upper semi-circle of the ring.

Occasion marked: holding of the EXPO, the Lisbon World Exposition, with Croatia as first-time participant