CNB researchers' papers presented at the Challenges of Europe conference 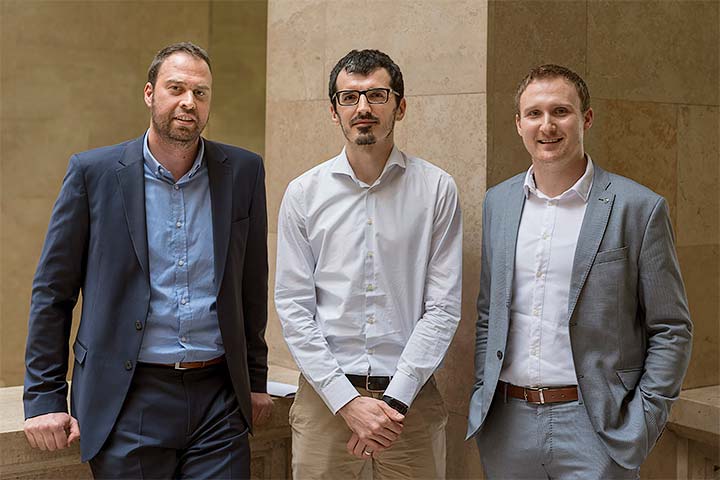 The first day of the conference featured the presentation of a paper co-authored by Milan Deskar-Škrbić and Mirna Dumičić of the CNB and Antonija Buljan of the Zagreb Faculty of Economics and Business. The authors analyse banks' exposure to the government and the extent to which it is in the CEE countries determined by the share of government bonds in banks' balance sheets. Their paper concludes that the CEE banks' exposure to the government is in this context very high compared with that of other EU countries. However, as empirical research has shown that financial markets in less economically developed countries, as are the CEE countries in the EU, are generally underdeveloped and the share of government bonds in their financial systems high, the conclusion should be interpreted bearing this factor in mind. After the adjustment for the degree of development, most of the CEE countries retain the excessive share of bonds in banks' balance sheets, with the exception of Croatia and Bulgaria. This may partly be attributed to the monetary policy frameworks of these countries, whose implementation of monetary policy does not rely on government bonds as much as in other CEE countries that apply inflation targeting. The paper also analyses other determinants of banks' exposure to government bonds, such as the effect of various fiscal and regulatory factors and factors related to the behaviour of banks.

The second conference day saw the presentation of a paper co-authored by Karlo Kotarac, Davor Kunovac and Milan Deskar-Škrbić, all from the CNB's Modelling Department. Using the new proposed methodology, based on the historical decomposition of structural shocks from structural VAR (vector autoregression) models, the authors show that the contribution of shocks relevant for ECB's monetary policy decisions to the economic activity in Bulgaria, Croatia and Romania, the countries that have expressed an interest in joining the ERM II and euro area, is quite significant. The paper also suggests that GDP and inflation responses to ECB's monetary policy shocks in these countries are very similar to GDP and inflation responses in the euro area. Based on these empirical findings, the authors point out that the cost of joining the euro area for these countries, as regards the loss of monetary sovereignty, should not be high as the common countercyclical monetary policy implemented by the ECB would suit their economies too.

Ivan Huljak of the CNB's Financial Stability Department authored a paper on the low capacity utilisation of banks in the European Union. The paper defines the capacity utilisation as a microeconomic phenomenon related exclusively to the fixed cost component. Presenting the dual cost method, the author explains that the key calculation variables are two prices of fixed assets: the market price and the shadow price, with the latter indicating the assets' utility and resulting from a separately constructed cost function. The author goes on to show that capacity utilisation of a median euro area bank and a CEE country bank decreased by approximately 10 and 15 percentage points respectively from 2009 to 2017, which is a loss corresponding to a an approximate decrease in the return on equity of 1 percentage point. Furthermore, the lower capacity utilisation is more evident in smaller institutions with relatively higher fixed assets and their considerably lower utilisation. The author concludes that banks' efforts to enhance efficiency and capacity utilisation, including digitalisation, yield results in the long term, but can decrease them during the investment period, which should definitely not be a reason to postpone such activities.

Also presented on the second day of the conference was a paper co-authored by Krunoslav Zauder and Mate Rosan of the CNB's Financial Stability Department. Using the data from the CNB's Household Finances and Spending Survey, the authors assess the share of over-indebted households and examine the causes behind it. An analysis of the debt to income ratio, debt to asset ratio and debt repayment to income ratio enables the identification of "vulnerable" households, i.e. those that are highly likely to default on their debts. The authors use various models to examine the effects of various determinants, including the household income, size and education level, the type of interest rate, the type of loan and the moment of granting the loan, on the probability that the household surveyed belongs to the group of highly vulnerable households.