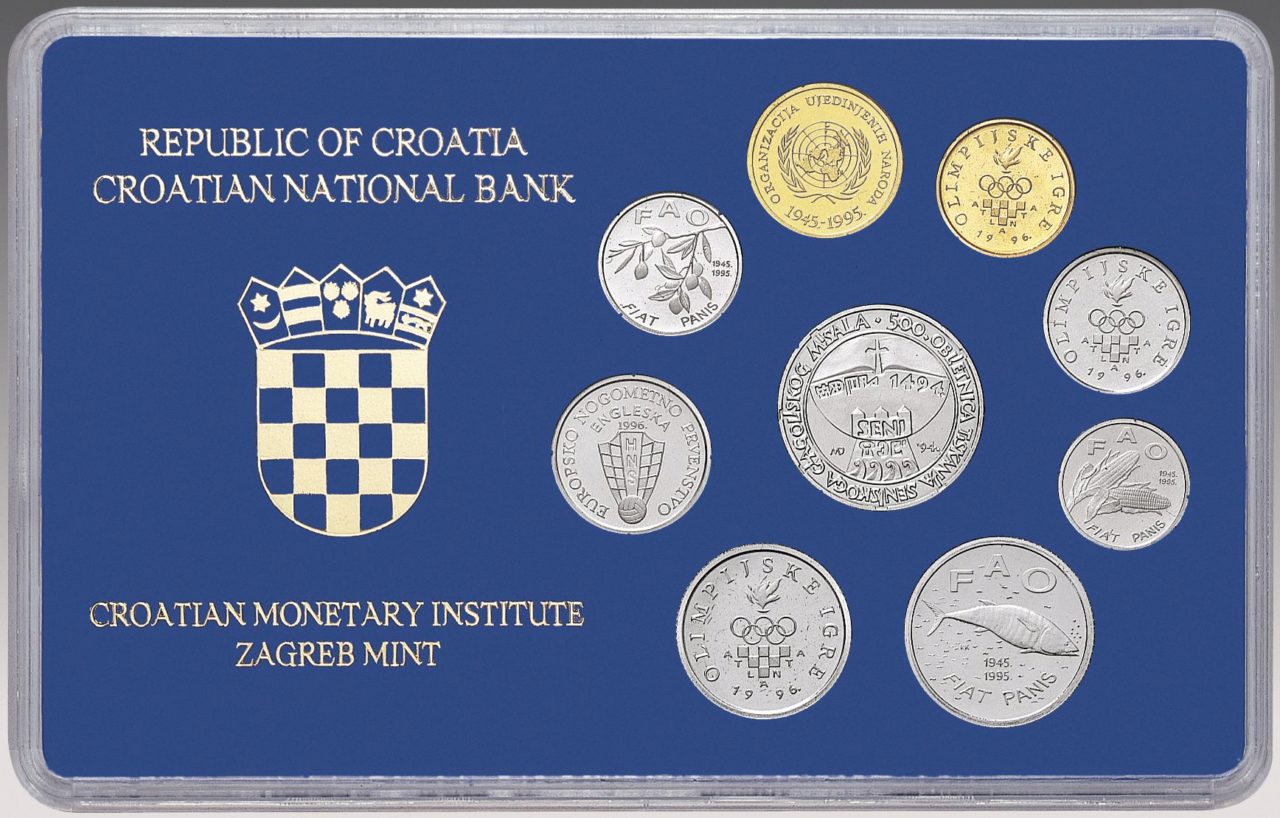 In the period from 1994 to 1996, the Croatian National Bank released into circulation five different issues of commemorative circulation coins, comprising nine current denominations, which were combined in a numismatic set.

The Decision on the issue of numismatic sets of commemorative circulation kuna and lipa coins of the Republic of Croatia was published in the Official Gazette No. 87/1996.

The design of the 5 kuna coin is by the sculptor Damir Mataušić.