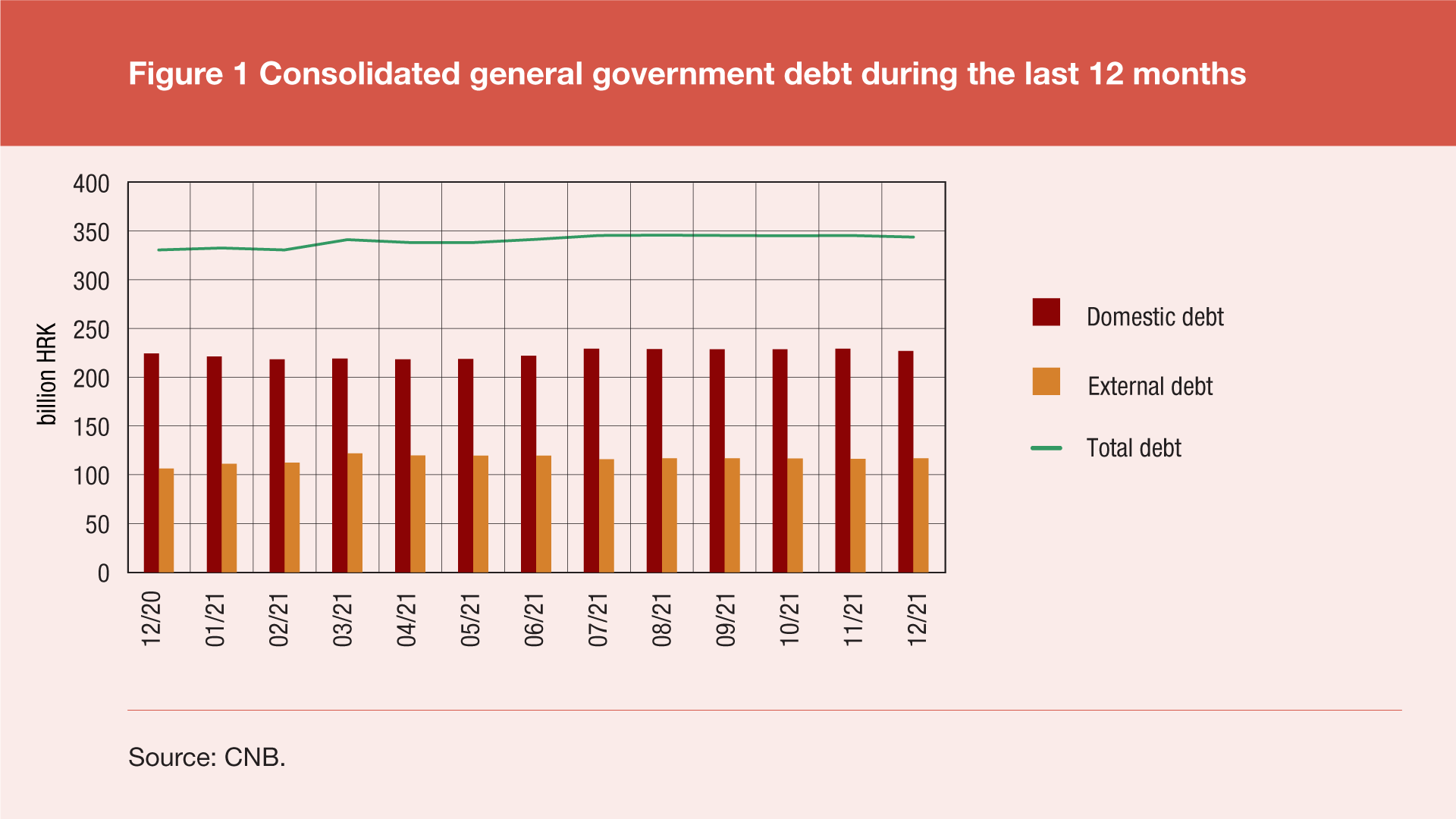 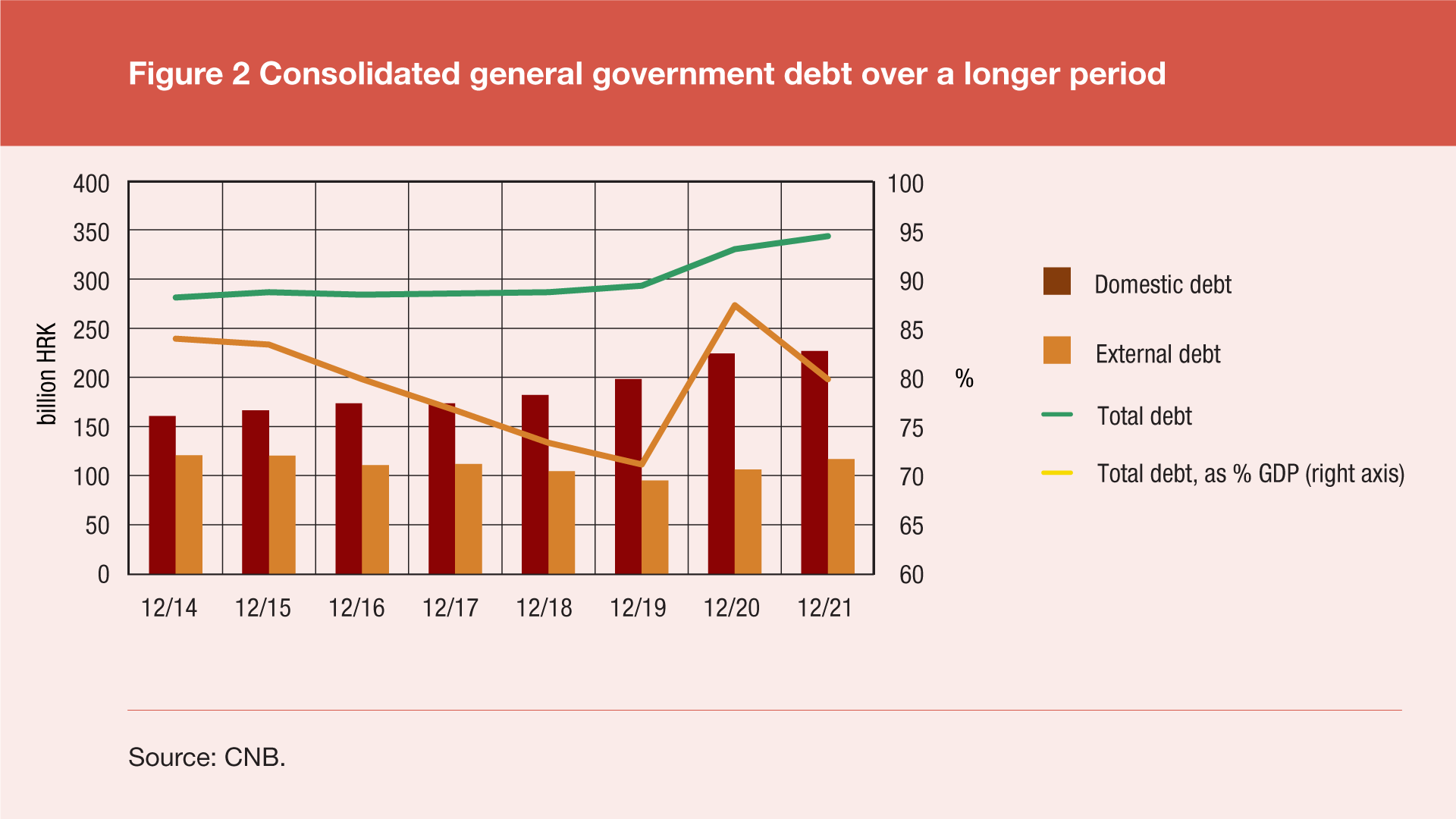 The general government debt data structure by main debt instruments and maturity is available only for the general government unconsolidated debt[3]. Long-term debt instruments dominate the maturity structure of this debt: at the end of December 2021 most of the debt was made up of bonds (64.6%), the second by importance were long-term loans (29.2%), and last were short-term loans, securities and deposits (jointly 6.2%). The short-term debt at the end of December 2021 was down HRK 0.9bn (or 3.9%) from the end of 2020, while long-term debt increased by HRK 14.5bn (or 4.7%) during the same period. 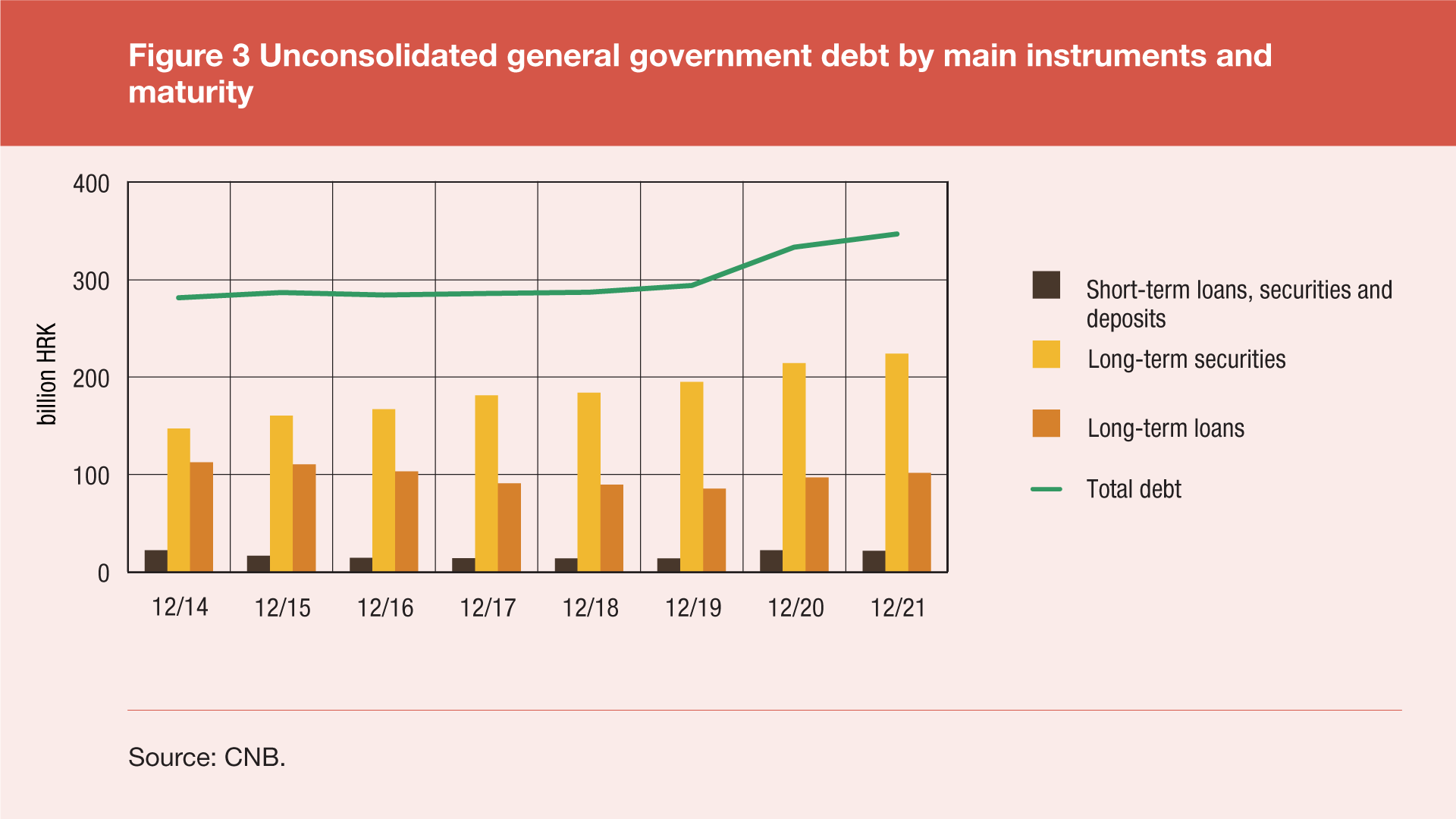