As regards transaction accounts (current and giro), the average of interest rates on kuna and foreign currency accounts of non-financial corporations and households in April 2022 was approximately at the same level as in April 2021, while all four averages stood at 0.01%. 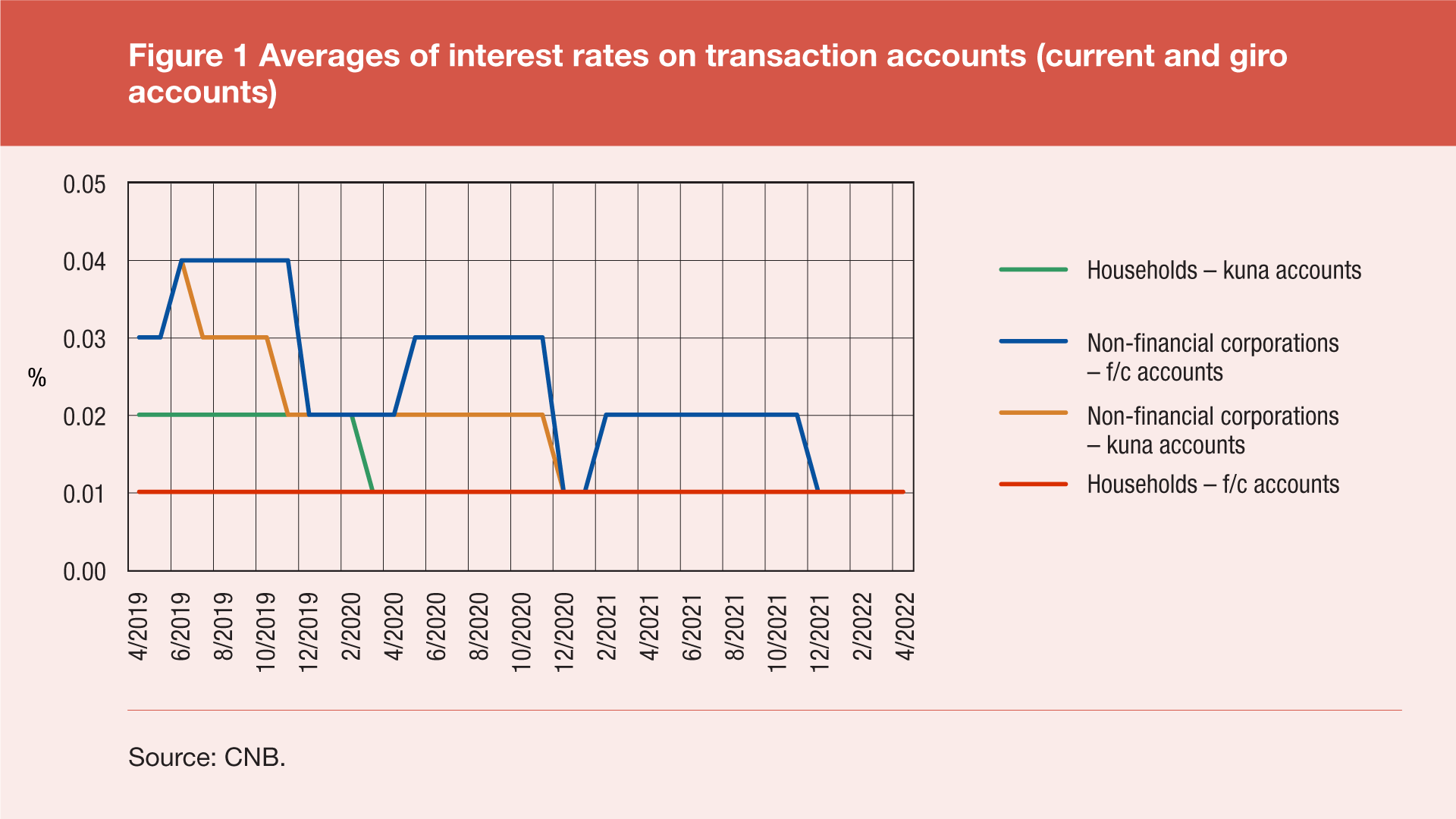 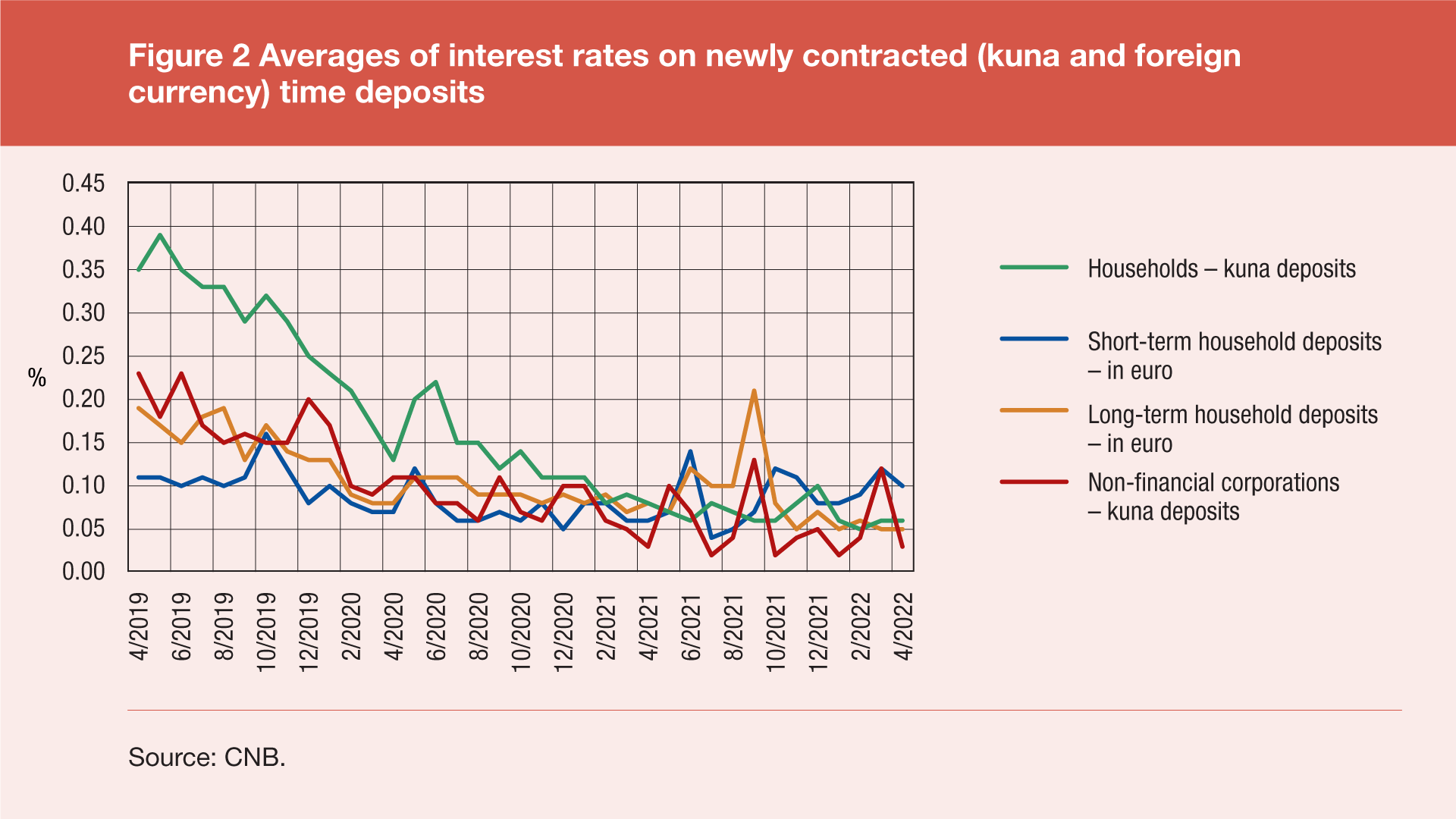 Statistical indicators of interest rates of credit institutions on the most important types of loans granted to households and non-financial corporations also mostly continued their years-long decline in April 2022.

As for the main categories of household loans, the highest average of interest rates in April 2022 was recorded for kuna loans in the form of transaction account overdrafts (7.14%, down 0.36 percentage points from April 2021) and the lowest average was seen in housing loans indexed to foreign currency (2.19%, down by 0.41 percentage points from April 2021), where both loan categories have a slight downward trend on quarterly and annual basis. 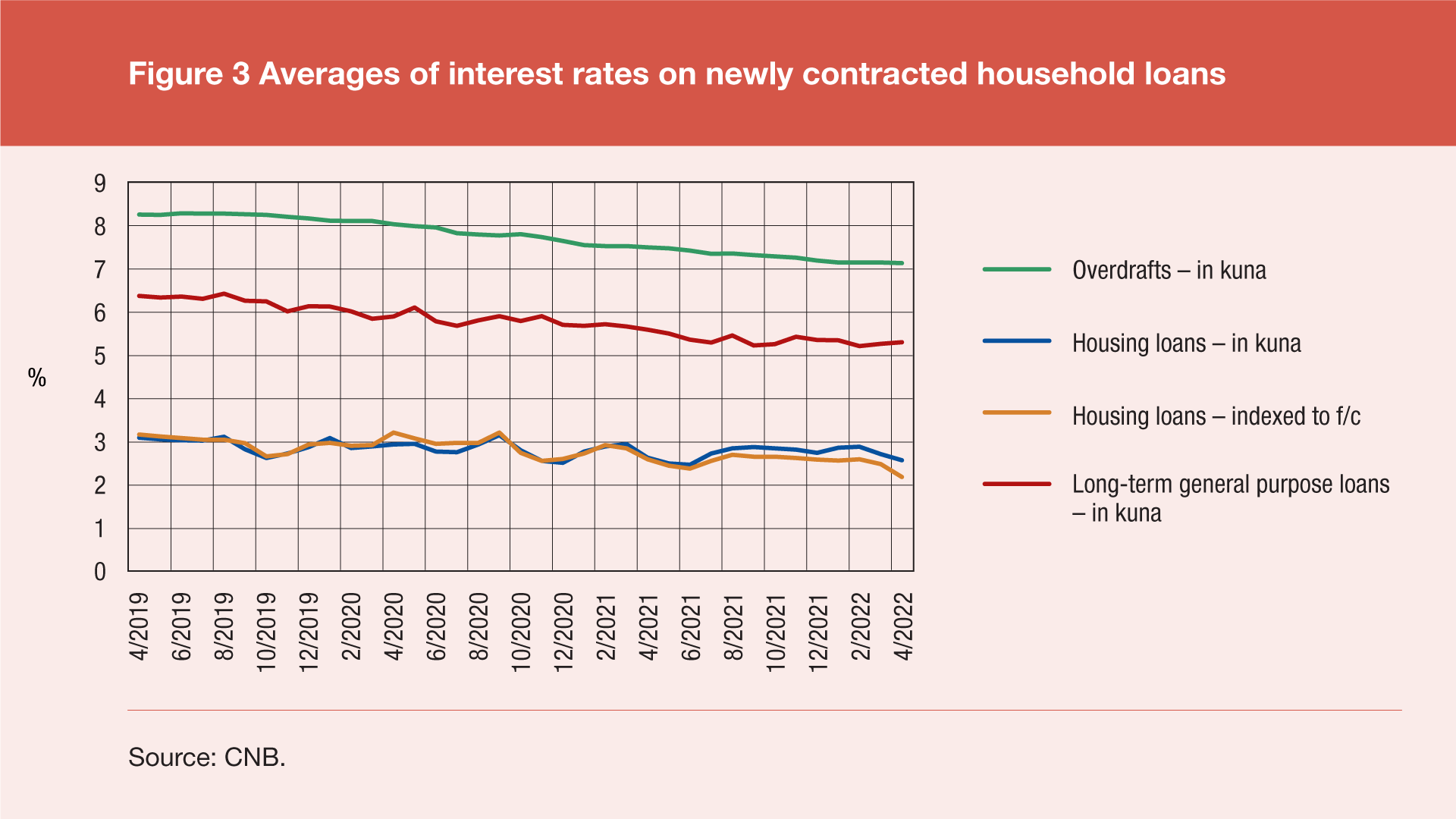 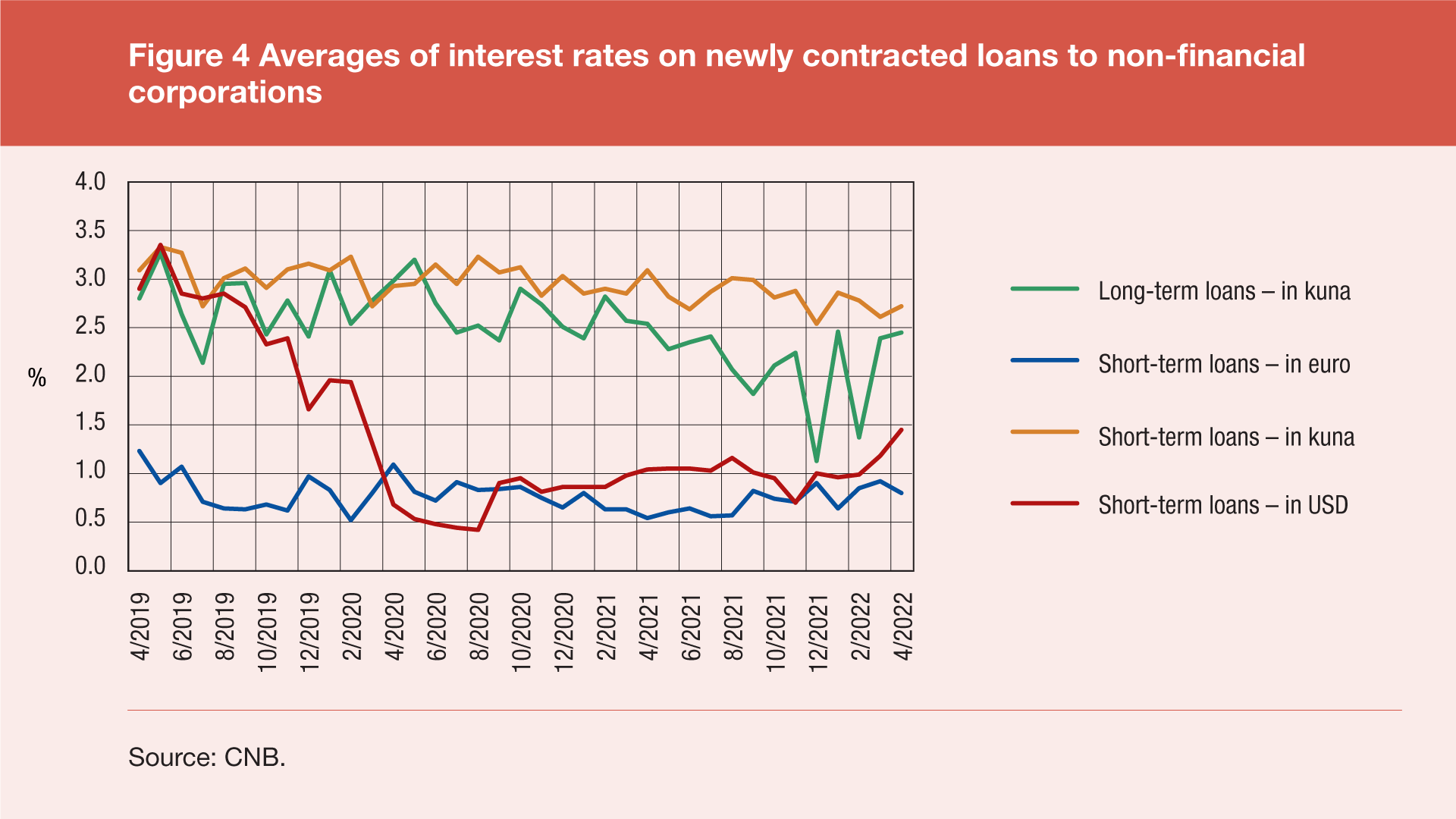