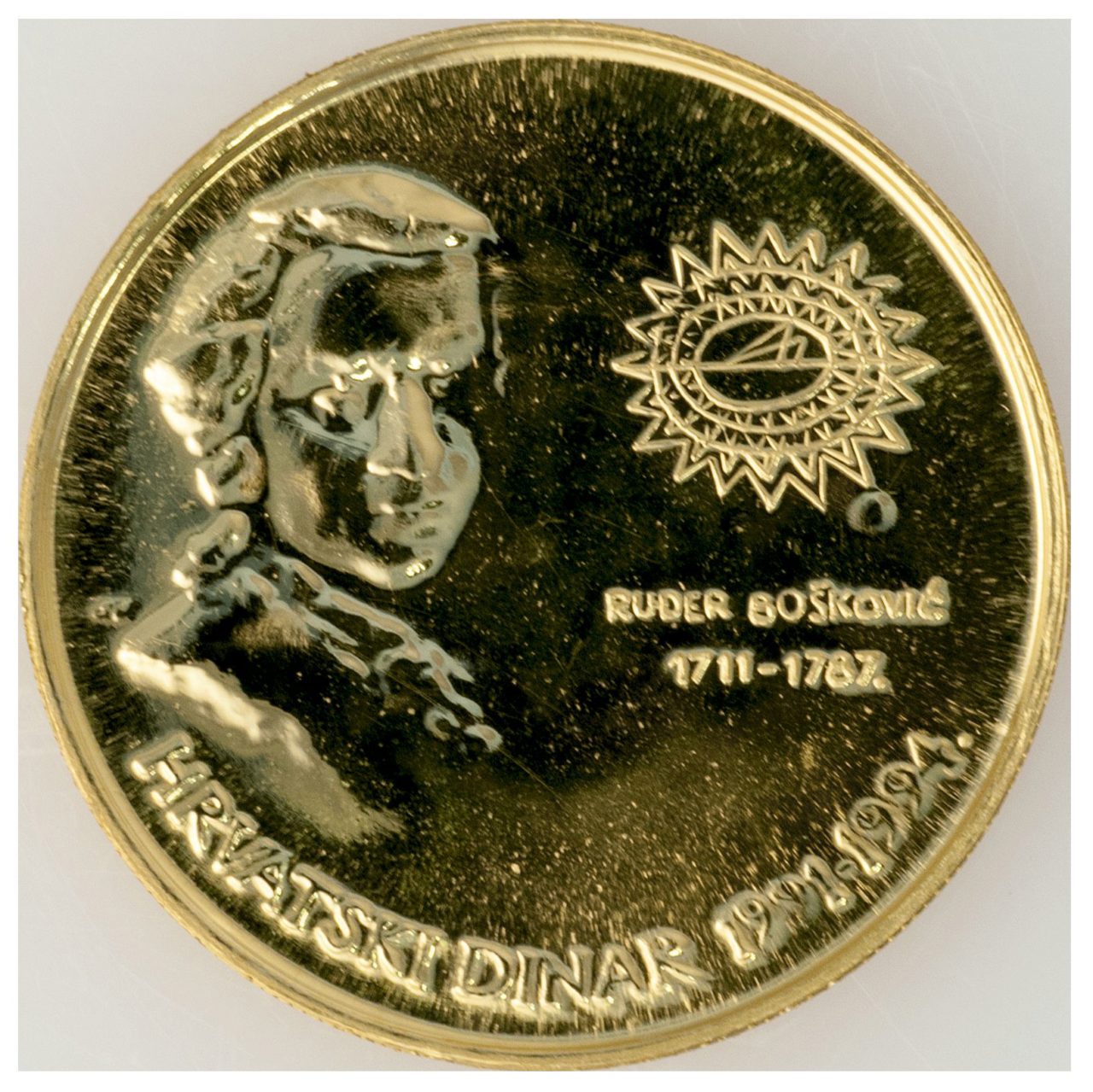 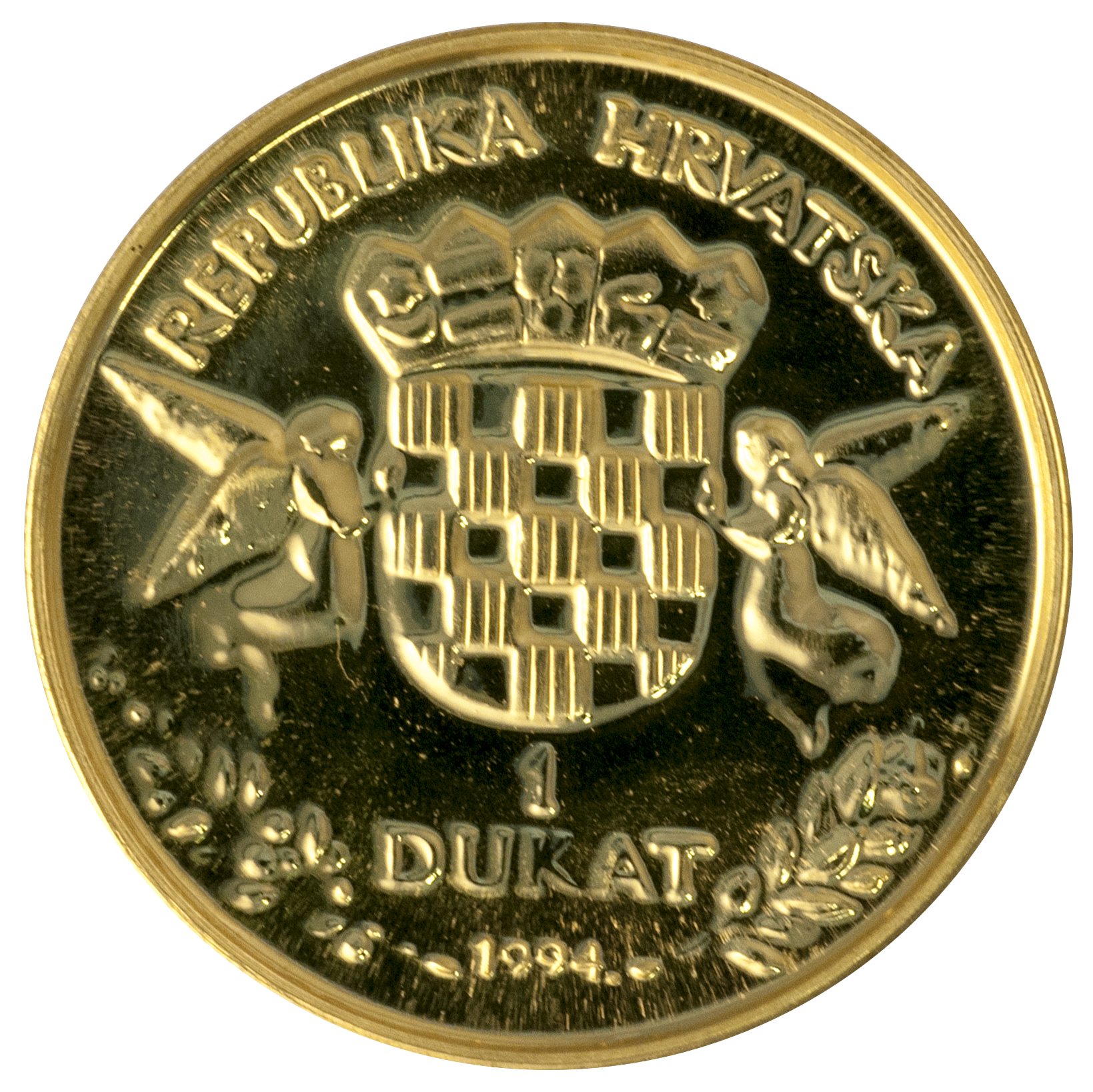 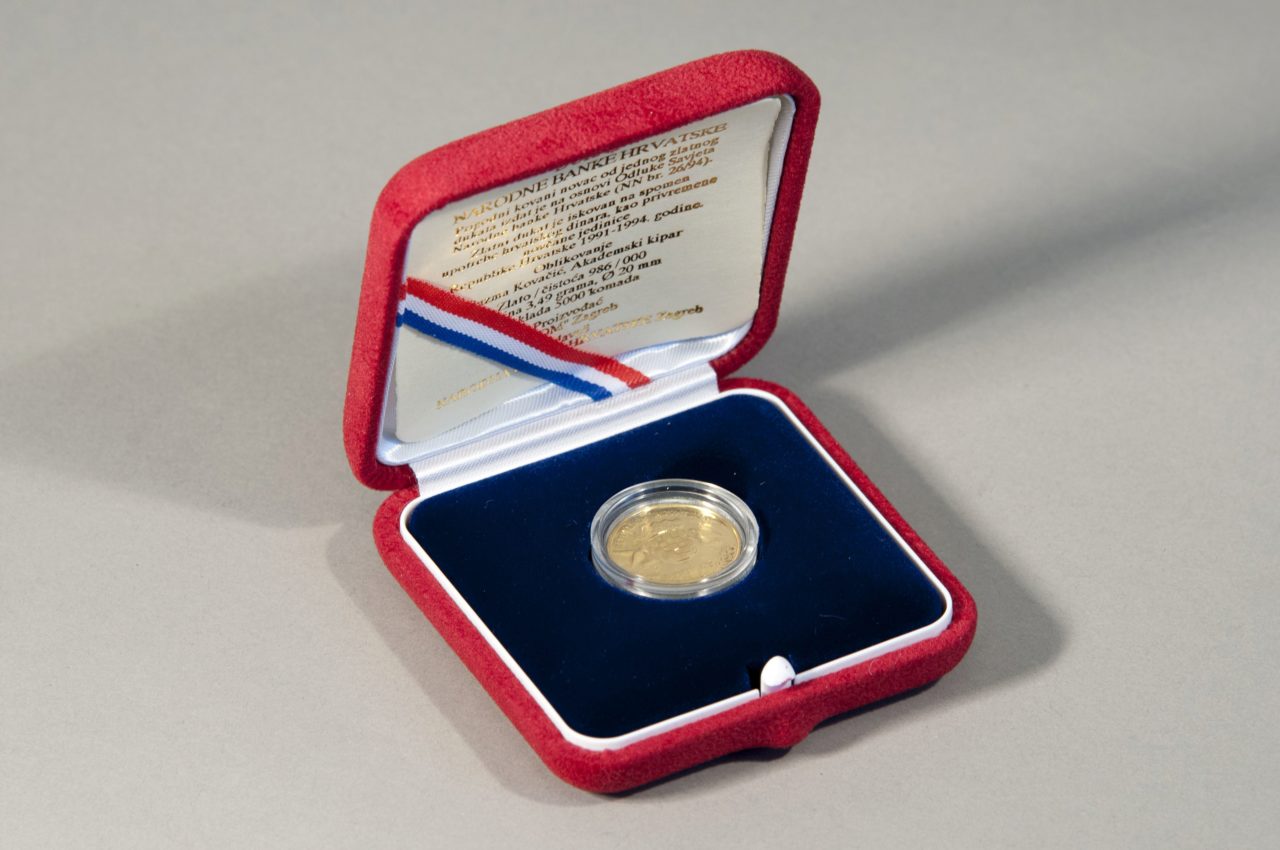 The Croatian National Bank issued a gold ducat to commemorate the use of the banknotes of the Croatian dinar, the temporary monetary unit of the Republic of Croatia in the 1991–1994 period.

The design of the ducat is by the sculptor Kuzma Kovačić.

This issue was minted by the IKOM d.o.o. Zagreb.