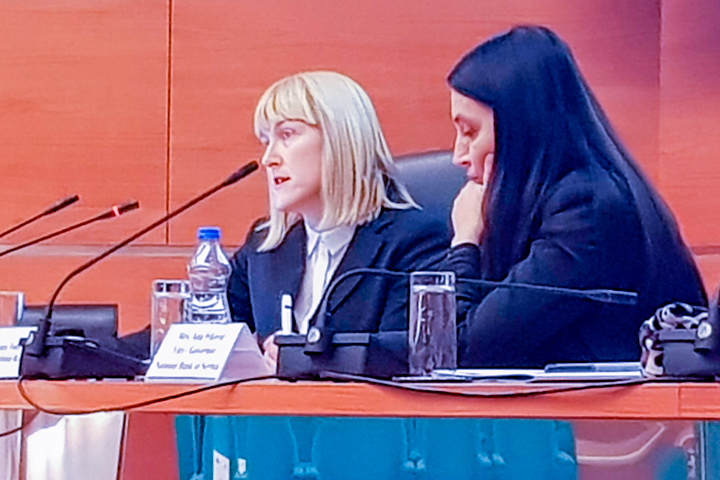 The Executive Director of the CNB's International Relations Area, Sanja Tomičić, addressed the closing conference of the twinning project Strengthening of the Institutional Capacities of the National Bank of Serbia in the EU Accession Process, held on 6 March 2020 in Belgrade. In her analysis of the achievements of the project, Ms Tomičić laid an emphasis on the importance of fulfilling the criteria for the quickest possible integration of the Western Balkans countries into the EU, adding that, in an effort to put the EU focus back on the countries in the neighbourhood, the Croatian Government would organise a summit of heads of state and government (EU – Western Balkans) during Croatian Presidency of the Council of the EU, in May this year.

The main objective of the project was to make all the arrangements for the NBS to be fully prepared for entry to the European System of Central Banks once the Republic of Serbia gained membership in the EU. The project achieved all of its objectives, which includes the successful realisation of all of the twelve project activities within ten areas of operation of the NBS. This twining project, funded by the EU with EUR 800,000, lasted from September 2018 until March 2020 and involved the participation of a consortium of the central banks of Germany, Croatia and Romania as well as of experts from other EU members' central banks and the ECB. The part of the project related to insurance included the engagement of the Croatian Financial Services Supervisory Agency (HANFA). CNB experts were in charge of establishing a framework for monitoring the effects of the liberalisation of capital flows, monetary and financial statistics and improving the NBS's international relations function, with a special focus on relations with EU institutions.

This is the second EU-funded technical cooperation project that involved the engagement of CNB experts. The twinning light project Strengthening the Capacities of the System for Fight against Counterfeiting of Euro for the Republic of North Macedonia, completed in June 2019, was led by the Deutsche Bundesbank. 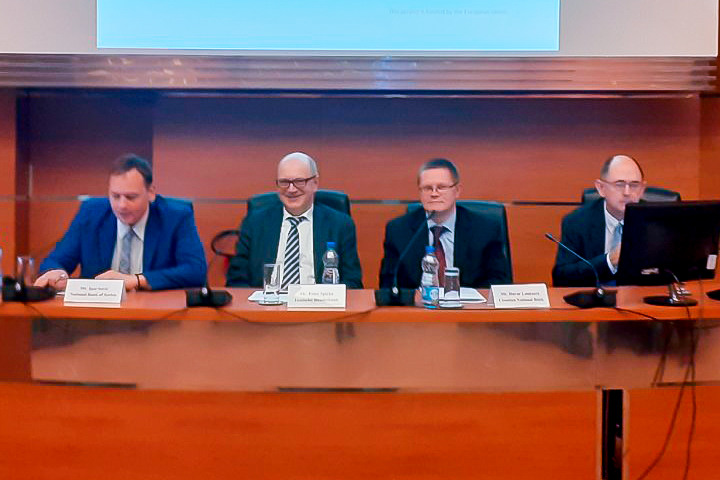 Alongside these projects, the CNB is also participating in two currently running twinning projects as a consortium member and in one regional programme. The consortium implementing the twinning project Support to Regulation of Financial Services for Montenegro's financial sector comprises the central banks of Germany, Croatia and the Netherlands as well as the German and Croatian financial supervisory agencies, BAFIN and HANFA. The beneficiaries of the project, which lasts from April 2018 until July 2020, include the Central Bank of Montenegro, the Insurance Supervision Agency and the Securities and Exchange Commission of Montenegro. The twinning project for the National Bank of the Republic of North Macedonia – Strengthening of the Institutional Capacity of the National Bank of the Republic of North Macedonia in the Process of its Accession to the European System of Central Banks – lasts from September 2019 until December 2020, with the consortium including the central banks of Germany and Croatia. In addition, CNB experts, in the cooperation with experts from other twenty ESCB central banks led by the Deutsche Bundesbank, are participating in the regional Programme for Strengthening the Central Bank Capacities in the Western Balkans with a View to the Integration to the ESCB, which lasts from March 2019 until March 2021.