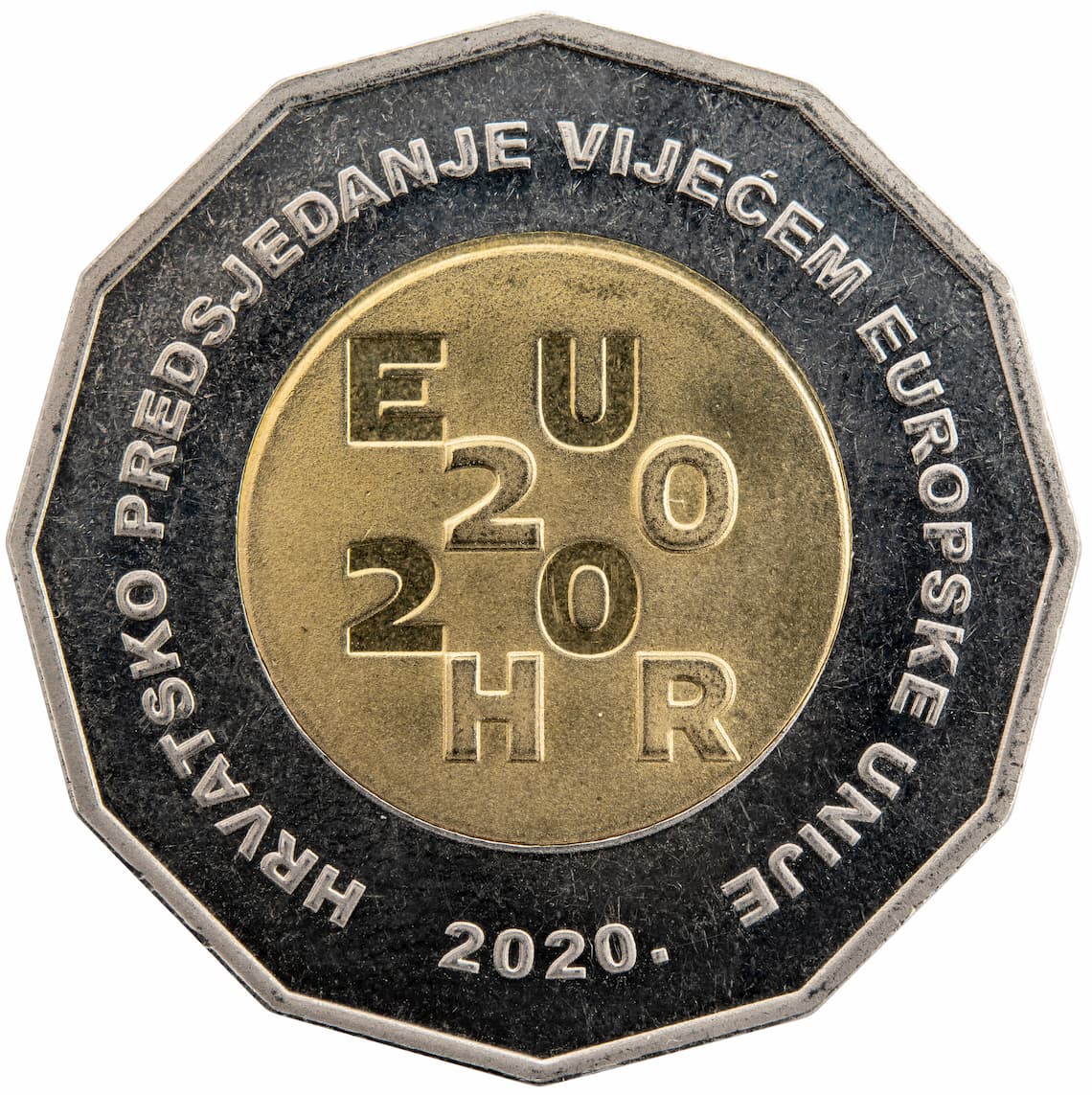 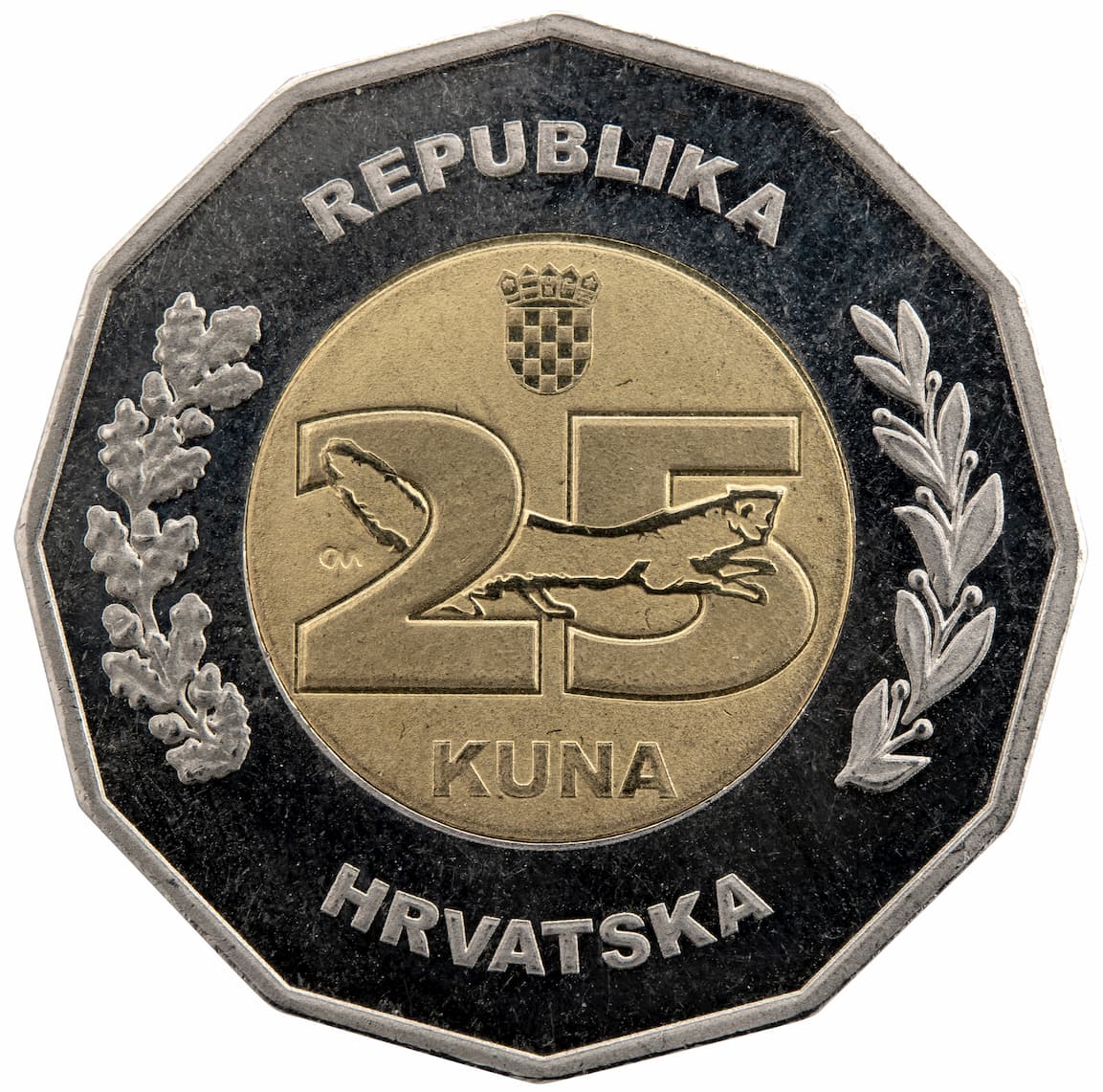 Motif on the obverse: the inner part of the core features a presentation of the official logo of the “Typographic Chessboard” to mark the Croatian Presidency of the Council of the European Union 2020, which is a typographic image made up of letters and numbers whose relative position evokes the squares of the coat of arms of the Republic of Croatia. By composition, using the acronyms “HR” and “EU” and the presidency year “2020”, it conveys the connection between Croatia and the European Union. The inscription “HRVATSKO PREDSJEDANJE VIJEĆEM EUROPSKE UNIJE” (CROATIAN PRESIDENCY OF THE COUNCIL OF THE EUROPEAN UNION) is laid out circularly within the ring. The year of release of the coin “2020” is positioned below the core, on the coin’s ring surface.

Occasion commemorated: the Croatian Presidency of the Council of the European Union 2020.

The 3D animation of the coin